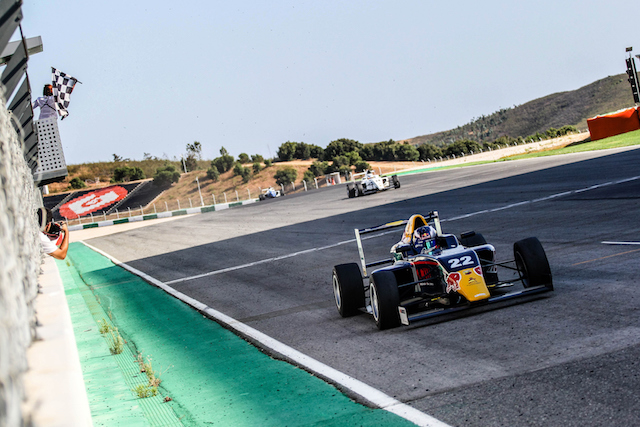 Red Bull Junior?Richard Verschoor swept all three races of a Spanish Formula 4 round for the second time in two weeks?at Portimao.

The 15-year-old Dutch driver led the opening race from pole position to chequered flag, although his winning margin was only 1.1 seconds over Finland’s?Juho Valtanen. Russian?Alex Vartanyan held third throughout.

Race two was a similar story, although Verschoor managed to open up a three-second advantage this time as Vartanyan fought his way past Valtanen to finish second.

Vartanyan claimed pole for the final race of the weekend but a poor start allowed Verschoor to move ahead and go on to a seven-second victory.

Nikita Volegov climbed to third early on but dropped to the back before the end, allowing Valtanen to make the podium once more.

Venezuelan Italian F4 driver?Sebastian Fernandez made his debut in the series with MP Motorsport and scored a best result of fourth in race two.