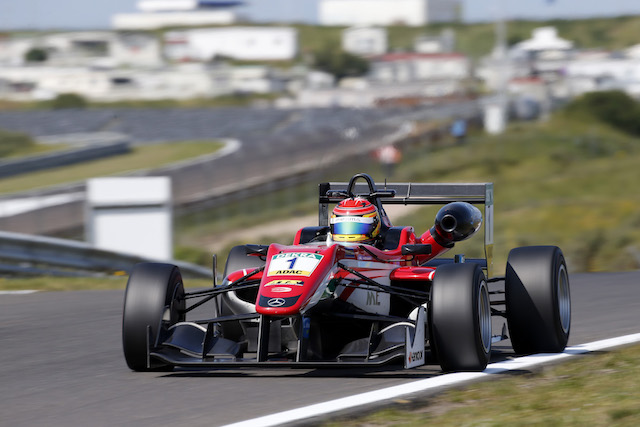 Lance Stroll made a flying start to the first FIA Formula 3 European Championship race of the weekend at Zandvoort to take victory by eight seconds.

Nick Cassidy started from pole for the first time and aggressively angled his car on the grid to cover off Prema team-mate?Maximilian Gunther, which he was able to do.

However, this left a gap on the outside entering the first corner with third-place starter Stroll took full advantage of, carrying more speed into the corner and going around the outside of Cassidy to take the lead.

From there, the Canadian dominated and finished up eight seconds clear to extend his points lead.

He will have to start the remaining two races of the weekend from the back of the grid having been excluded from a double pole position in qualifying two after Prema fitted a new suspension component?to Stroll’s car that did not meet the regulations.

Cassidy claimed his fifth second-place of the season, and first since Pau, while?Alessio Lorandi made up two places at the start to take by far his best result since his Pau Grand Prix triumph.

Gunther held off Callum Ilott to finish fourth – the pair will start from pole for races three and two respectively.

Niko Kari made a bid to pass Ilott mid-race but had to settle for sixth in front of?George Russell, with?Ryan Tveter, Anthoine Hubert and?David Beckmann completing the top 10.