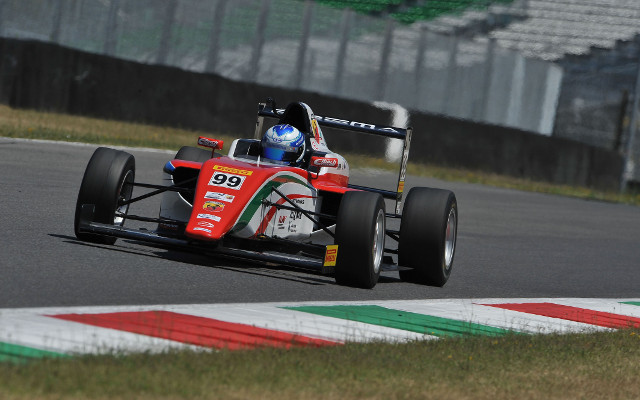 Championship leader Ralf Aron emulated his qualifying performance from Imola by taking pole position in both qualifying sessions for the fourth round of the Italian F4 season at Mugello.

The Estonian will, as a result, start races one and three from the front of the grid. The Prema driver will be joined at the front row by Mucke’s David Beckmann on both occasions.

Mauricio Baiz, who led for much of the first session, qualified third for race one, ahead of Brazilian Joao Vieira in fourth.

Giuliano Raucci, Matteo Desideri and Marino Sato round out the top ten on the grid for race one.

The session saw the top 14 within a second of pole, with fourth to eighth being covered by just a tenth.

The second session saw an improved performance from the Prema drivers, Raucci and Zhou locking up the second row of the grid to make it three Prema cars in the top four.

Siebert was fifth fastest, ahead of Bertonelli and Vieira, while Sato, Baiz and Kevin Kanayet completed the top ten.