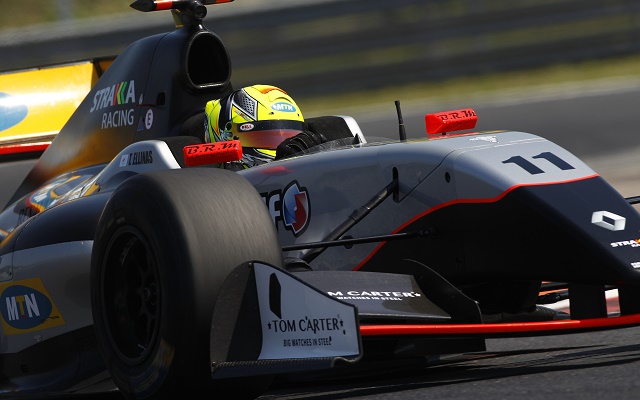 Strakka Racing’s Tio Ellinas topped the first session of Formula Renault 3.5 track action ahead of round five at Spielberg.

Ellinas handily prevailed in what was a test held instead of the two customary Friday practices, with another session set to kick off the Saturday programme before qualifying.

While Ellinas held the top spot for most of the test’s second half, improvements in the last minutes were so drastic that Pons signing Meindert van Buuren took over at the top in the final minutes, only to be then shuffled down to ninth.

With Ellinas in first, Pietro Fantin was closest, a tenth and a half off, while championship leader Oliver Rowland led Tom Dillmann in third.

Gustav Malja, who bagged a podium finish in FR3.5’s most recent outing at the Hungaroring, took tenth.