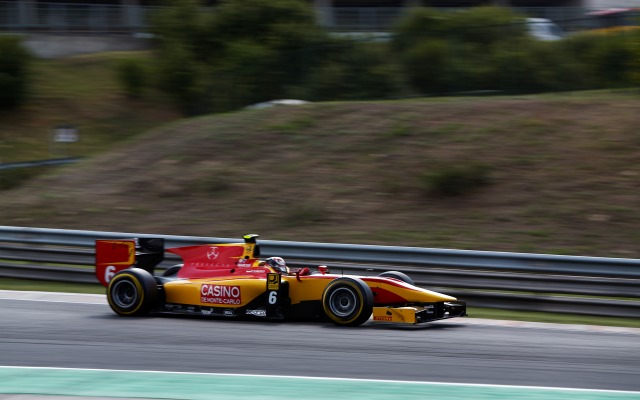 Racing Engineering drivers Stefano Coletti and Raffaele Marciello have both been hit with penalties after the GP2 feature race at the Hungaroring, stripping them of a second-place finish and sprint race pole position respectively.

Coletti had recovered from early contact with Julian Leal at turn 12 that gave the Monegasque driver a puncture, but the stewards handed him a 20-second penalty for not giving Leal enough room on his inside and causing the collision.

Marciello, meanwhile, came back to finish eighth after a drive-through penalty for pitlane speeding but was penalised again after the race for overtaking Stoffel Vandoorne under the safety car before the first safety car line when he entered the pits. He too was given a 20-second penalty.

“I am quite disappointed with the final result of today?s race,” he said. “We started well and were on the right strategy, but when I entered the pits, I had Vandoorne next to me, who all of the sudden slowed down in front of the safety car line, which caused me to pass him unintentionally. This means I was handed a post-race penalty and instead of starting from pole position I will be at the back of the field.”

Adrian Quaife-Hobbs moves up to second in the results while Takuya Izawa gets his first podium trophy in third. Championship leader Jolyon Palmer moves up to fourth, ahead of Daniel Abt and Felipe Nasr.

Vandoorne benefits from the Marciello penalty to take seventh, while Nathanael Berthon gets eighth and reverse grid pole for the second race in a row. He won from the same position at the Hungaroring last year. The stewards took no further action on the collision between Berthon and Sergio Canamasas between turns one and two.

Tom Dillmann and Marco Sorensen move up into the top ten, meaning Dillmann is eligible to claim the two fastest lap points, taking them away from Nasr. That extends Palmer’s lead back up to 41 points – as it was before Nasr claimed pole.

Niederhauser returns to the top step in second Hungaroring race