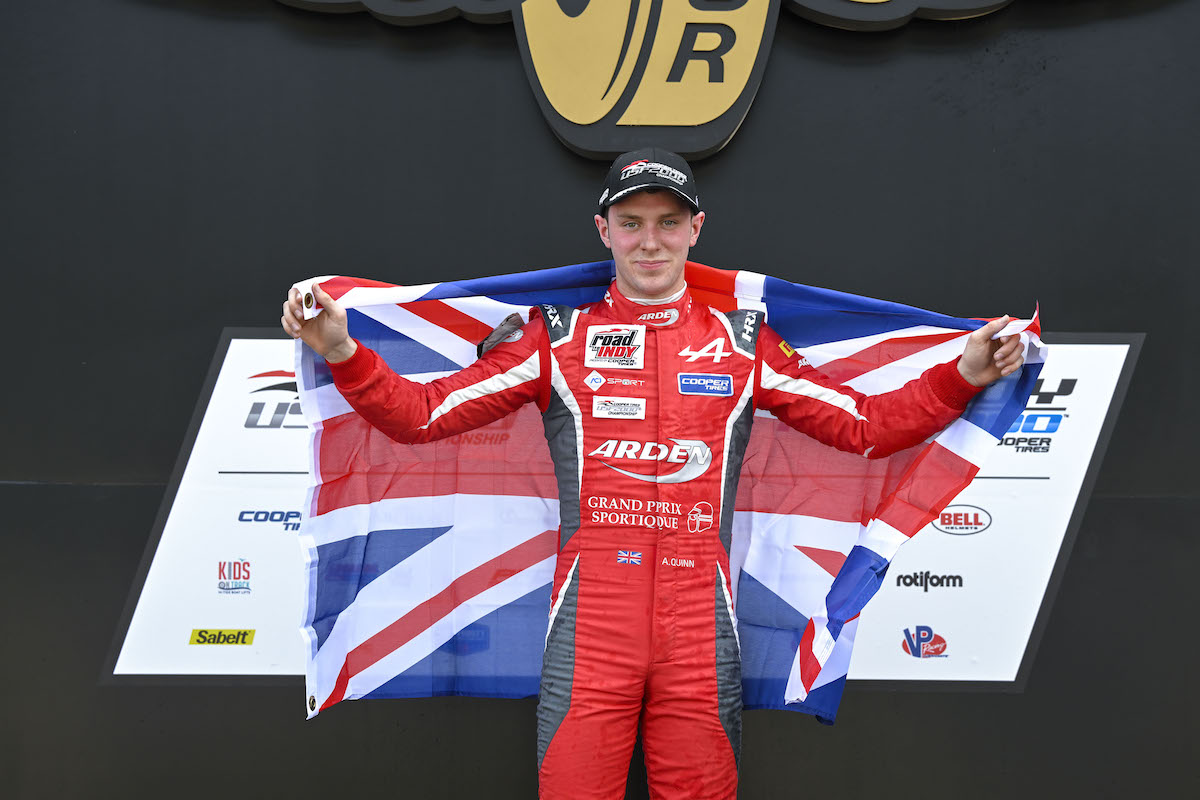 Alex Quinn has completed a remarkable hat-trick of wins on his USF2000 debut on the Indianapolis road course.

Driving for Velocity Racing Development in its new collaboration with his long-time team Arden, Quinn started race three from the outside of the front row but claimed the lead in turn one ahead of polesitter Jagger Jones .

From there he was never challenged and won by 2.2 seconds.

After their collision while leading ahead of Quinn in race two, Cape Motorsports duo Jones and Michael d’Orlando were left to fight over second.

D’Orlando made his way past on lap five and held onto second until the finish, even though Jones finished within half a second.

Jace Denmark got by Thomas Nepveu for fourth place on lap two and kept him at bay to the end.

Myles Rowe leapt up to sixth place on lap two having slipped from seventh to ninth at the start.

Billy Frazer worked his way up from 10th to seventh past Bijoy Garg and Simon Sikes with Spike Kohlbecker rounding out the top 10.

The top four in the standings are now separated by just five points with Jones leading Frazer, d’Orlando and Rowe.