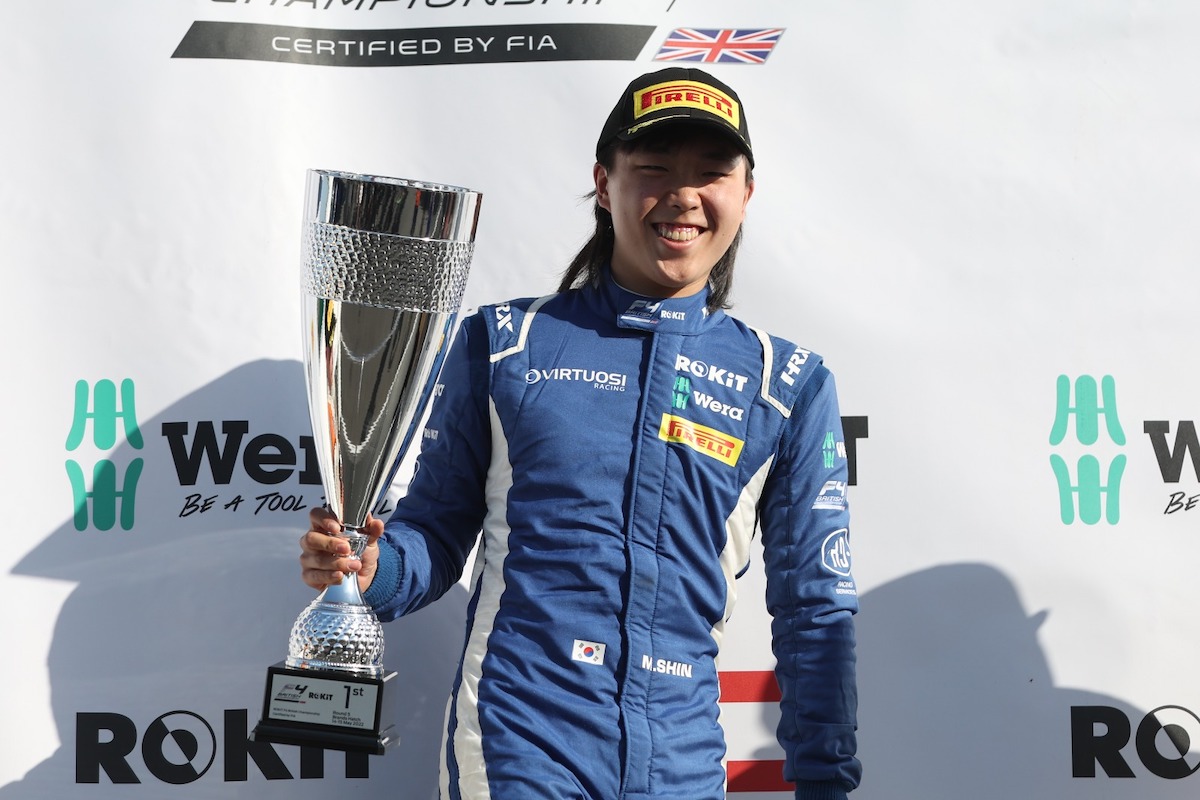 Shin led from lights to flag, but was kept under pressure from Ollie Gray throughout. Gray had a lightning start to jump up from fifth on the grid to third, and then swept past Louis Sharp for second at Graham Hill Bend.

Sharp stuck with Gray and for the remainder of the race the gaps between the three leaders were rarely more than a few tenths of a second.

In the closing stages of the race, Shin was able to pull away slightly, finishing 1.306s ahead of Gray. Sharp was 0.4s behind Gray, and came under pressure late on from Eduardo Coseteng who finished fourth.

Further back, Dunne was making good progress from P10 on the reversed grid race and had climbed up to seventh when an apparent technical issue hit. He was forced into the pits at low speed. A few laps later he returned to the track and had equal pace to the race leaders, but wouldn’t climb any further than P14.

With Dunne absent, Daniel Guinchard joined the battle for fifth. Ugo Ugochukwu had taken the position from Joseph Loake in the opening laps and had broken away a little before Guinchard quickly closed in on Loake. A small mistake from the JHR Developments driver almost gave Guinchard the position, but Loake managed to hold on. Two laps later, another wide moment for Loake allowed Guinchard to sweep through and take sixth.

Guinchard closed in on Ugochukwu in the closing stages of the race, and was able to put up a challenge, but Ugochukwu defended well and retained the position.

Behind them, Georgie Dimitrov took eighth, ahead of Oliver Stewart and Aiden Neate.

Sharp and Guinchard were later handed five second time penalties for weaving on the way to the grid and failing to obey the instructions of race officials.