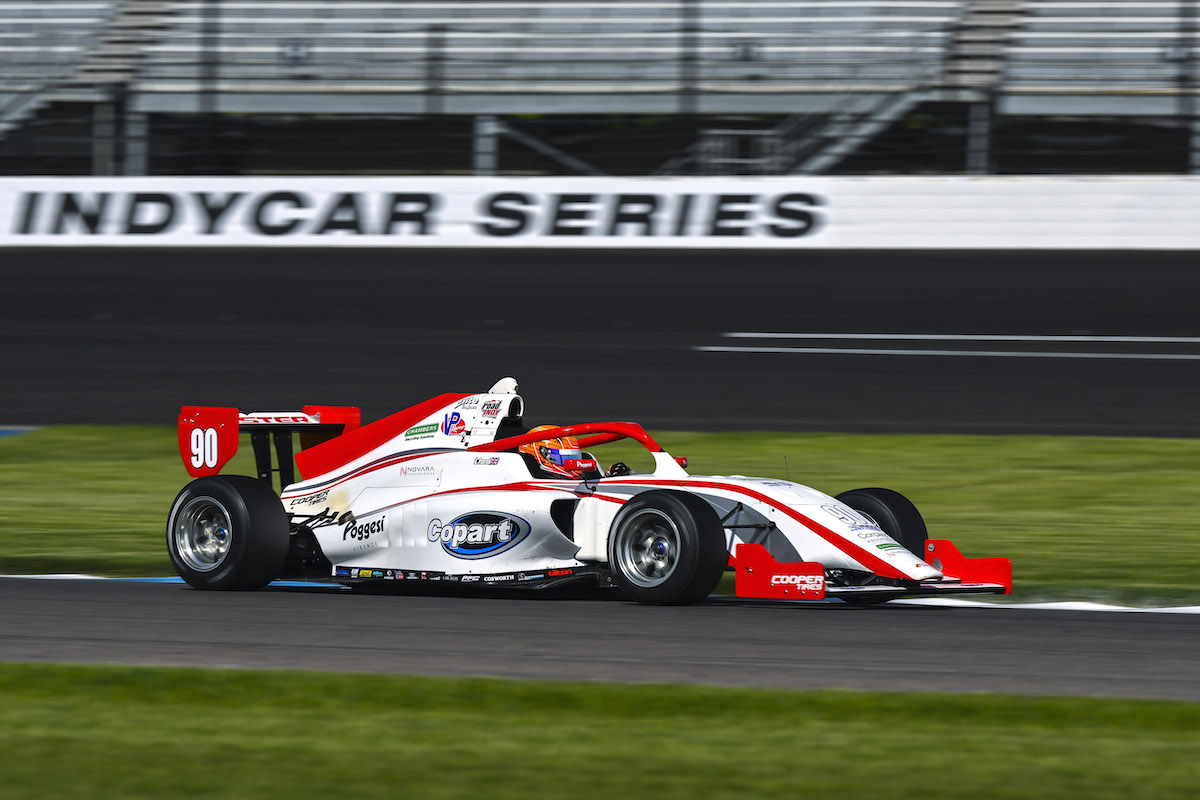 After they came together on the first lap of race two, front row starters Foster and Jack William Miller once again went side-by-side into turn one with Foster having to back out to avoid contact.

They got close again down the back straight on lap two, both locking up, before Foster finally found a way past at the start of lap three.

The Exclusive Autosport driver then pulled away while Miller tried to stay ahead of a train of cars fighting over second place.

Foster was seven seconds clear on lap 16 when Braden Eves took second from Miller in turn one, having fought his way up from seventh on the grid.

That gap had increased further to 8.666s when Reece Gold came to a stop on the outside of turn three – having dropped out from fourth with a technical issue – to trigger a caution. Gold’s car restarted as he was pushed off track and he appeared to attempt to return to the race by turning around in turn one, before being instructed to stop in the service road once more.

Five laps remained at the restart, with Foster having to defend from Eves into turn one before escaping to take victory by 2.5s.

His cause was helped by Miller diving back inside Eves at the end of the back straight, only to lock up and go deep and lose out to Enaam Ahmed.

Ahmed’s ownership third place lasted only as far as turn one on the following lap when he locked up and fell back to fifth.

That handed the final podium spot back to Miller, who then managed to fend off Wyatt Brichacek who raced brilliantly from 12th on the grid.

Championship leader Nolan Siegel slipped back from third in the early laps and ended up sixth.

The positions behind were decided by an enormous battle after the restart, with Josh Green recovering from an early spin to take seventh.