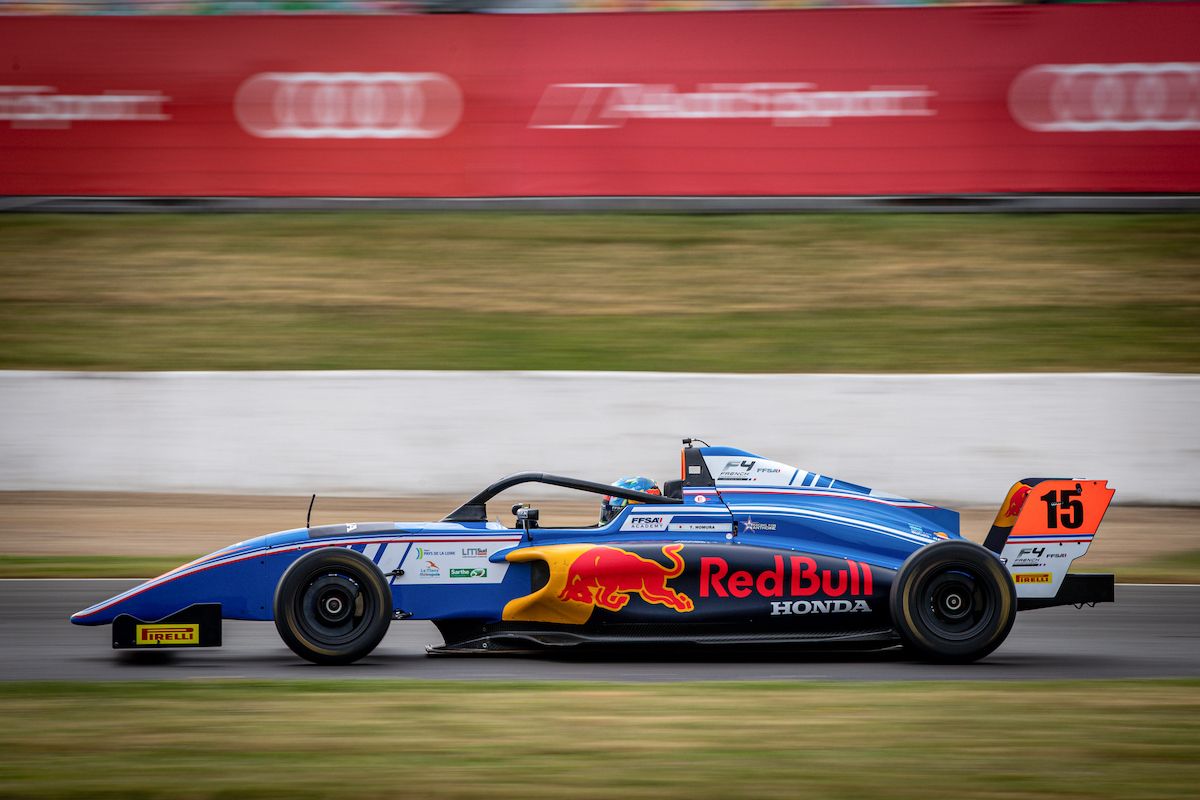 Honda junior Yuto Nomura took his second victory of the season in the reversed-grid French Formula 4 race at Magny-Cours.

Nomura passed polesitter Pierre-Alexandre Provost to win by 0.807 seconds, but points leader Hugh Barter was involved in an opening-lap collision.

Provost led from fellow front-row starter Nomura into the first corner, while Jeronimo Berrio moved ahead of Louis Pelet for third. Pelet then lost further positions to Lorens Lecertua and Souta Arao.

Starting from tenth, Barter was involved in a three-car collision at Adelaide hairpin and dropped to the back of the field, eventually finishing 20th. Romain Andriolo also lost ground in the incident and came home 17th.

After applying early pressure on Provost, Nomura made a better exit out of the hairpin before completing the move into the Nurburgring chicane before edging clear.

Lecertua made a move up the inside of Berrio for third early on, but the latter managed to stay in front before pulling over 2s clear to take the final podium spot.

Enzo Peugeot climbed from 13th on the grid to finish sixth, ahead of Pelet, while Dario Cabanelas bounced back from retirement in race one to come home eighth.

Max Reis finished ninth from 17th on the grid, despite carrying front-wing damage for most of the race, with Pol Lopez rounding out the top ten.