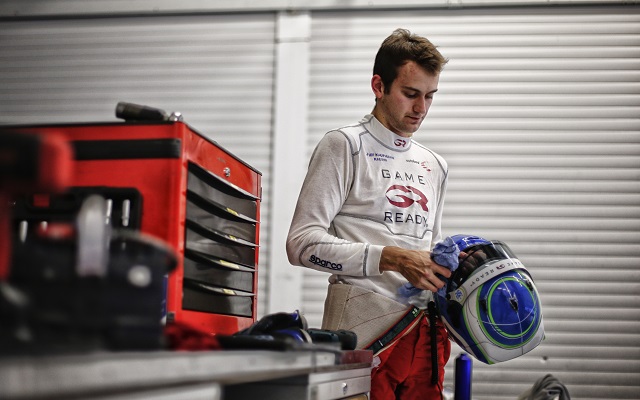 American Ryan Tveter was another driver to achieve a breakthrough result during the WSR round at Moscow Raceway as he scored his first point in the ultra-competitive Eurocup series. Prior to that, he’s also been a podium finisher in the Toyota Racing Series over in New Zealand and a regular points-scorer in Formula Renault NEC. PaddockScout caught up with Ryan right after his best yet performance in the Eurocup.

Ryan, you’re a bit of an unusual case around here as you’re an American racer competing on the European single-seater scene while most of your peers take part in the Road to Indy championships overseas. How did that happen? Have you always wanted to race towards F1 and not, say, its American counterparts?

Well, my background was quite different to those around me. I didn’t start in karting, last season was my first full season in any championship and the first race of my life was taking place in support of the 2011 Canadian Grand Prix. I’m not from a motorsport family, I didn’t have a motorsport background, I was just interested in Formula 1 ever since I was young.

You did 13 races in the Star Mazda championship back in 2012. Why did you end up not continuing on the Road to Indy scene?

Well, my ambition has always been to be an F1 driver, so, to make it to F1, you need to race in Europe, you can’t exactly stay in the States. Also, the Road to Indy wasn’t necessarily in the best shape back in the end of 2012, there were lots of changes within the organization, so we decided it’d be a good move to come here and race in the NEC series for my first year and then move to the Eurocup the year after.

Does racing in general feel different here to the way it is in the States?

Yes, it’s very different. It’s a lot more competitive, I’d say… the structure of everything is different, the tracks are different – much nicer, as they are mostly real purpose-built circuits, while in the US it’s mostly street courses.

Yeah, in the US it’s either bumpy road courses or really, really bumpy street circuits.

IndyCar is cool. It’s really cool – I like that they race on a wide variety of circuits and the cars themselves are very fast.

Why has single-seater racing struggled for relevance in the United States, in your opinion?

Well, I don’t know, to be honest. I think mainly it’s just Formula 1 that hasn’t caught on so much, maybe because there hasn’t been a really successful American driver since, like, Mario Andretti. I think it’s picking up now, especially with races in Austin and, maybe, hopefully, New Jersey at some point. And, with Austin, it’s really starting to pick up – that event has been amazing so far. Hopefully, in the next few years, there’ll be an American driver on the grid as well.

Did you grow up with Formula 1 or with NASCAR/IndyCar and the likes?

Well, I lived half my life in Europe, so I’ve always been following Formula 1. 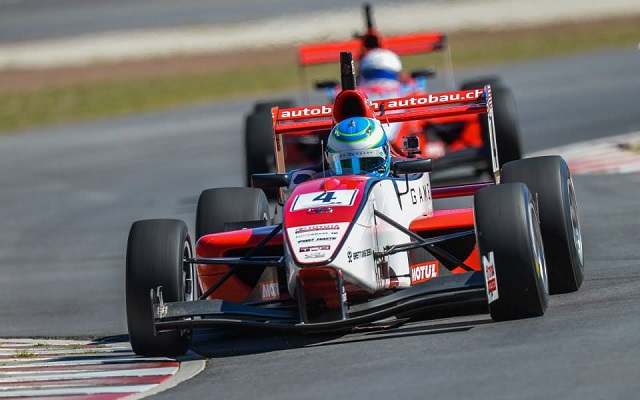 What’s your favorite track here and back in America?

Well, probably one of my favorite tracks is… actually in New Zealand. Highlands Park, the new track on the calendar, was awesome. It was kind of a blend between a street circuit and a fast-flowing circuit and that, for me, was very very cool. There were some really tough corners and the layout was really enjoyable. The surroundings as well – it’s kind of in the middle of a beautiful landscape. So, as you’re driving around, you can see the forest and the mountains in the background – it’s pretty amazing.

Out of European tracks, I really enjoy Spa… Silverstone is good as well, especially in the wet – I might have had pole there in the NEC round, but the car ran out of fuel when the track was at its best. Honestly, I also quite like it here at Moscow Raceway, too. It’s a nice circuit to drive.

Back in the Americas, I’d say Circuit Gilles Villeneuve at Montreal is my favorite. I actually incorporated part of its layout into my helmet design, ’cause I wanted to do something special with it and CGV was where I had my first race.

Did you enjoy doing the Toyota Racing Series in early 2014?

Yeah, it was a great experience for me, especially having five race weekends back-to-back, since I don’t have that much racing experience. So going somewhere to learn and continuing that back-to-back for a few weeks was really great.

Last year was your first season in Formula Renault NEC. In general, would you say it went according to expectations?

Yeah, it was alright. It was my first proper season of racing, so that was certainly a big step up from racing in the states. At Spa, I had, like, two really good finishes – fourth and fifth. And then at the last part of the season, we had some issues with reliability and stuff – issues that had popped up a couple of times in the beginning of the year, too. But, overall, I think it was pretty good for my first season.

Why did you pick Josef Kaufmann Racing for this year?

I tested with them at the end of last season and I felt the car was quite strong. And they have obviously been quite successful in the series in the past. 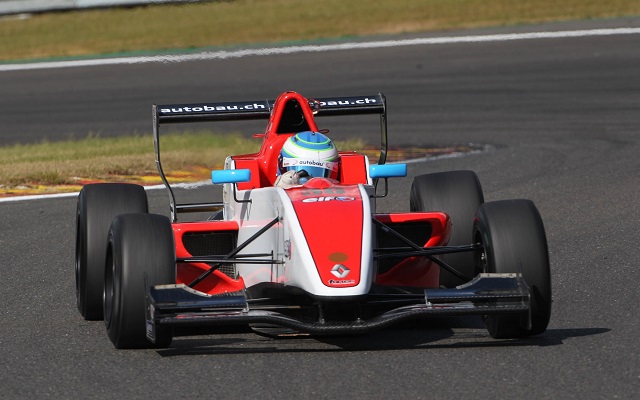 The American recorded his best round in NEC 2013 at Spa-Francorchamps with two top-five finishes (Photo: Chris Schotanus)

Since you’re one of the few drivers doing a full dual campaign [in the Eurocup and the NEC series], would you say you’re focusing on one series more than the other?

I don’t think so, no. Each race weekend is a race weekend – that’s how I approach it. I try to learn from each and every round, whether it’s an NEC round or a Eurocup event.

Now that you’ve achieved your first points in the Eurocup, what are your goals for the remainder of the season?

Definitely to continue to score points. We made a really good step forward this weekend, especially in qualifying – each session I was, like, three tenths off of first, so that was pretty good. So, for the rest of the season, I think scoring more points in each race weekend would be great.

And as for the NEC championship?

We’ll see, I think. There are a lot of guys from the Eurocup who also drive there, so it’s also quite competitive. Maybe a podium could be possible – but definitely the goal is to keep scoring points and continue to do better in qualifying.

Do you plan to continue in Formula Renault next year? 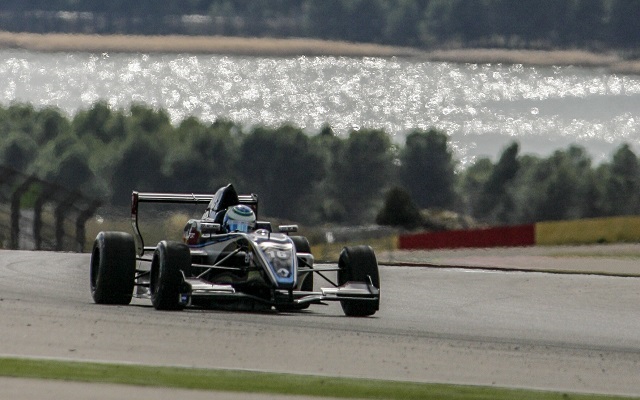