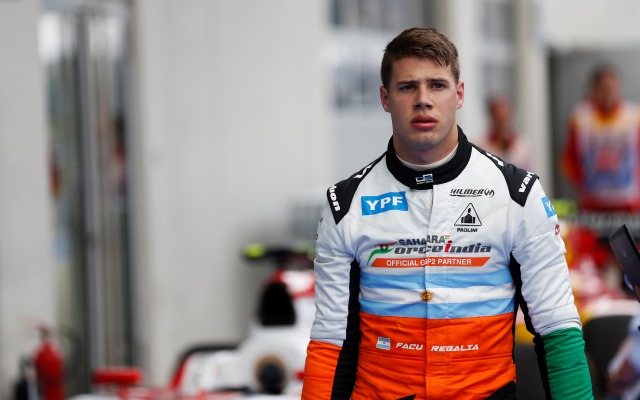 Facu Regalia has parted company with the Hilmer Motorsport GP2 team ahead of this weekend’s races at Silverstone.

The move follows a difficult start to the campaign for last year’s GP3 runner-up, in which he has managed a best result of just 17th, and retired from the feature race at all four events so far. Team-mate Daniel Abt has also failed to score points in a lacklustre start to the season for Hilmer, who won four races in their maiden programme in 2013.

“On Sunday, after the second race in Austria, I decided not to keep running with the team,” said Argentinian driver Regalia, who says that he will remain a development driver at Force India despite leaving their official GP2 partner.

“I spoke with Franz Hilmer and I conveyed the reasons. The team did not have a competitive car, I suffered set-up problems in Bahrain, Barcelona and Austria, and engine problems in all races, but in Monaco this was not noticed because of the characteristics of the circuit.

“Moreover, the lack of financial support has played an important role because, having had this to start the season, I could have signed with DAMS, Racing Engineering, ART or Campos. The solution to this problem is to continue with another team, but I need the financial support that I have not had so far, other than that provided by YPF, Varlion and an Argentinian entrepreneur.

“I clarify that the situation with SFIF1 does not have to change because the team is not directly involved in the technical issue; it’s something I‘ll talk to them about in person at Silverstone. What I do know is that, with the results I had in the first four rounds, the driver development program was not going to be able to perform after September, as agreed, precisely for a lack of results. Personally, I need a car that allows me to fight on, as I proved last year, and keep intact my aspirations to get to Formula 1. Currently I’m evaluating proposals to continue in GP2.”