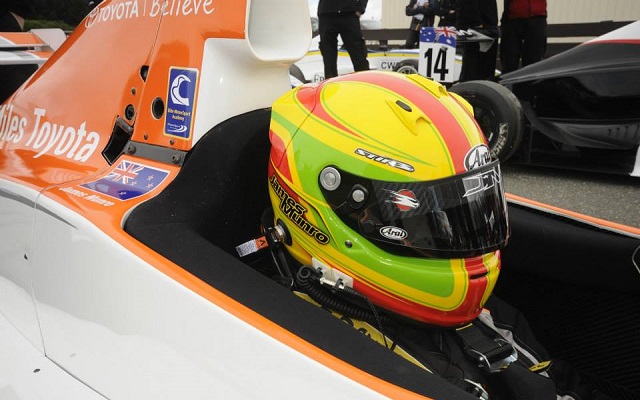 James Munro has set the Asian single-seater scene alight with five wins out of five races in the Formula Masters China Series, despite the presence of drivers that are more experienced on Asian tracks and in the series. Having earlier made a very strong impression in the Toyota Racing Series amidst several talented European drivers, the 17-year-old from Christchurch is keen to follow up his dominant performance in the New Zealand Formula Ford series in 2013 with similar success this year, and is showing no signs of slowing down. PaddockScout talks to the rising star who aims to be the next Kiwi in Formula One.

Five wins out of five, James. Did you expect to have such a good start to the year?

I could never have expected to have such a strong start, I’ve always believed that I have the ability to win races but to do so with such consistency early on has been unexpected. I’ve been learning a lot the whole time as well, I feel I have improved vastly after my experience in the Toyota Racing Series.

What were your aims at the start of the year?

My intention has always been to run at the front and to go on to win the title. I went in with no real expectation for the early rounds, given that it was my first experience of racing in Asia and I have had to learn the tracks, so I’m certainly ahead of my pre-season goals for the first two rounds.

How has driving for a team like KCMG helped?

It’s certainly been the ideal team to join – the whole team is very hungry for success this year and are pushing very hard to give the three of us drivers a good car. It’s also a very friendly team environment so that has made it much easier to fit in which helps given that it is my first experience racing outside of New Zealand. It’s also great to have two competitive team mates, we are all able to learn off each other.

One of your teammates, Dan Wells, finished runner-up in the series two years ago. How does it help to have a driver like him as a benchmark?

Dan has a lot of experience driving these cars and also the tracks so I have been able to learn a few things off him, it’s important to have a competitive team mate that can show you what is possible in some areas where you might not be so strong. It has also been good to benchmark myself against him – obviously he has been successful in the past and he is only getting better with more experience, so to beat him in all five races so far has been a great feeling.

What made you choose the Formula Masters China Series for 2014?

There were several reasons behind the decision, one was the ease of commuting. By doing the Formula Masters China Series we are able to commute to and from our home in Christchurch, New Zealand, whereas if I raced in Europe most likely I would have to relocate to wherever I chose to race. This also means that I can complete my final year of schooling. Most importantly though was that I feel that opportunities for a young driver in Europe are somewhat more limited than they are in Asia. I’m not in a position where I can take the normal path to Formula 1 through Europe due to the costs involved, so I felt that getting a full year of experience in Asia would really benefit me as a driver. 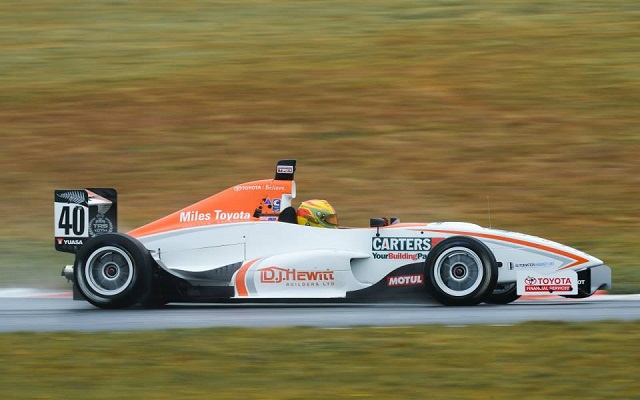 You drove in the Toyota Racing Series in the off-season. How was the experience?

It was very good, I was one of the least experienced in the series only having experience of Formula Ford and no wings and slicks racing. Given the experience of some of the international drivers I’m happy with the performance I gave. There were some great highs, particularly taking a pole position and a race win in only my second weekend in the series. I felt I showed I have enough speed to challenge the best in Europe, but what I lacked was consistency which led to finishing seventh in the championship. I put too much pressure on myself after winning in Timaru and my performance went downhill. I’ve since identified where I went wrong though and I’ve made big steps as a driver with my experience in Formula Masters and I’ve also learnt how to manage my thoughts better, to ensure I’m at my peak all the time.

Last year you dominated in the New Zealand Formula Ford series in your first year in cars. Was it a confidence-booster?

It certainly was a confidence booster. The New Zealand Formula Ford championship has a great history and it’s produced some great drivers, such as Scott Dixon, Mitch Evans, Richie Stanaway, Shane van Gisbergen – the list goes on. It’s a very competitive championship, so to win at my first attempt was absolutely brilliant! There had only been two drivers to win it in their rookie year before me, Stanaway and van Gisbergen, so to replicate their achievements was a great feeling, they have obviously gone on to become very successful! It gave me a lot of confidence going into the Toyota Racing Series, although I was under no illusions that it would be a lot tougher than racing in Formula Ford.

How different is the current Formula Masters car from the car you drove in the Toyota Racing Series?

It is not vastly different, the car is more modern and so it is slightly different to drive although I’ve found the main difference to be in the steering. The Toyota has a very quick steering rack, a bit more like a kart, whereas the Formula Masters car has a slower steering rack which took a little adjusting to at first. The tyres have also been another learning curve, they are not too different to the Michelins we ran in Toyotas but they do have their own unique characteristics which are important to understand to get the most from them. The Formula Masters car also has less power but I find that there is not a huge difference from this, as the speed into corners ends up around the same as in the Toyota due to the greater length of the straights on the Asian tracks. New Zealand tracks are quite notorious for being very small!

When did you decide to become a racing driver?

There was no specific time when I chose to be a racing driver, I was exposed to the sport very early on through my father, Mark Munro, who raced a bit himself. Consequently I was also exposed to Formula 1. I would watch Formula 1 with Dad whenever it was not past my bed time! It was Michael Schumacher who made me really want to become a racing driver – I really admired his success and so I always wanted to be like Michael, I wanted to be world champion. It wasn’t until I was ten though that I actually turned it into a real goal, when I asked my parents to buy me my first kart. At this point what had been a dream became what I think will be a lifelong passion for me.

Formula 1 has seen many talented Kiwis like Denny Hulme, Bruce McLaren and Chris Amon. There haven?t been any recently, though Evans, Stanaway and Nick Cassidy are, like you, on the road to F1. That must be your ultimate goal?

Yes, New Zealand does have a great history in the sport. I think there haven’t been any drivers in F1 recently simply because it is very difficult for a Kiwi to raise funds to get to the top. Recently with the strength of our economy and our dollar it has become more accessible and there are several drivers getting close to F1, such as Mitch, Richie and Nick. Yes, my ultimate goal is to race in F1. New Zealand hasn’t had a driver in F1 for over 30 years now, so I would love to be the next and start a new chapter in the rich history of motorsport in New Zealand.

What interests do you have outside motorsports?

I have seen it said by so many racing drivers that it has almost become clich?d, but I enjoy training and in particular running. I compete in athletics where I focus on running 800m, and I also do cross country races. Until recently I did do cycle racing but I’ve given it up for now because it is a risk which I don’t think is?necessary. Aside from that I enjoy reading novels – I’m quite a fan of the Lord of the Rings trilogy actually!

Finally, James, what are your plans for the near future? Are you targeting a European category for next year?

It’s too early to say at this stage. It is certainly an option to race in Europe, but we also have options to continue on in Asia. I’m keeping my options open at the moment. I’ll continue to focus on my current season and then see what opportunities are opened up. We’ll make a decision later this year. 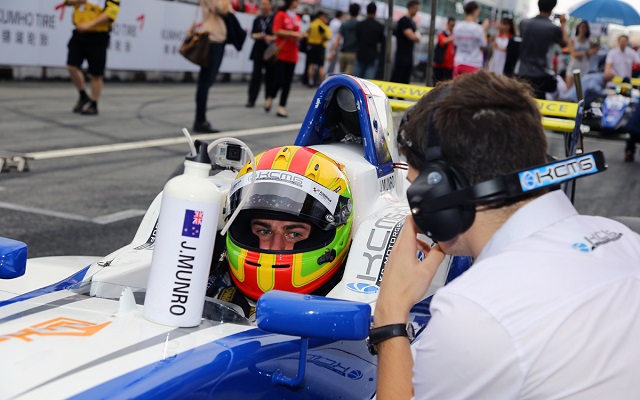 Stroll cruises to victory in race three at Imola