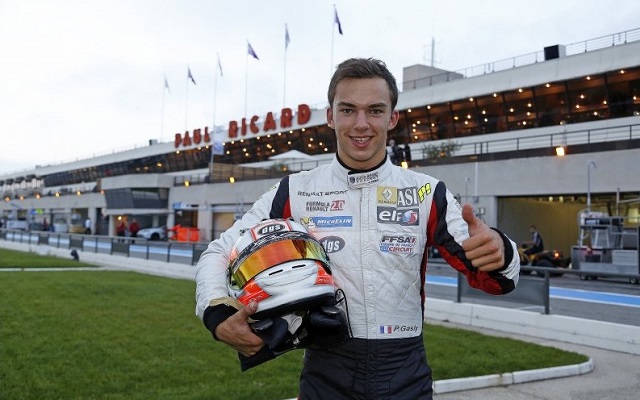 Early on in the year, we named Pierre Gasly one of our 13 drivers to watch this year and the young Frenchman easily matched the expectations. Several hours after he took the Eurocup Formula Renault 2.0 title in style, we got to chat to the 17-year-old rising single-seater star…

First of all, congratulations on a superb title campaign. Was the championship your goal throughout all of this year?

Yeah, since the beginning of the season, we wanted to win the title. We worked very hard during the winter and in the pre-season tests. The car was really good right away so I just had to focus on my driving and improve race-by-race, and in the end, it’s all good. Most importantly, though, the car was just perfect every weekend.

Looking back at your career… you started in 2011 in French F4, where you finished 3rd. How well did that series prepare you for the Eurocup?

I think it’s great for learning, because the step between karting and single-seaters is really huge. They’re completely different, so you have to learn everything ? the driving, the racing. So French F4’s good preparation for the 2 litres.

Your French F4 campaign gained traction closer to the end of the season. Why was that?

Well, in the beginning, I had some issues with the gearbox. Something would happen with it every race, which wasn’t very helpful. But then I saw that I had the speed to win, I became more confident during the races and everything went better.

2012 was your rookie season in the Eurocup. Looking back on it, how well did that go?

In the end, I think I was a little bit disappointed. The pace was really good throughout the season, I got my first podium in the second round at Spa and then another one at Nurburgring. So it was quite good but I made too many mistakes, I was a bit optimistic for all the races. I wanted to fight for the win in every race but I didn’t have the experience to win. But it was good and I learned a lot for this year.

What junior programmes have been helping you throughout your career?

Well, I really hope I get some connections after this title. I know that the Federation managed my career and they should have some connections for me, they haven’t told me which ones or anything. I hope we’ll have something in a few days. 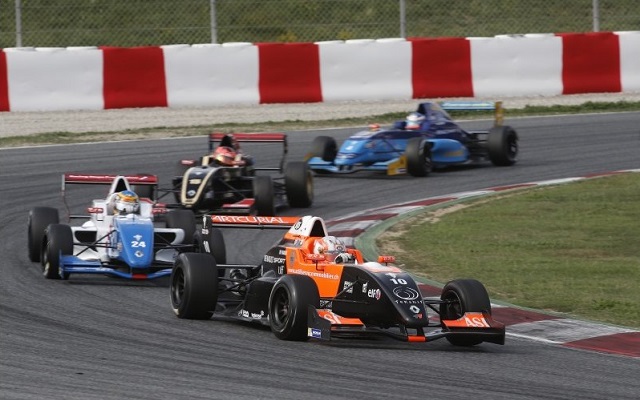 You were tied with the Red Bull Junior Team for a while. Have there been any developments in that field this year?

No, not really. After the last year, they told me they were stopping the 2.0 programme. They expected a bit more out of me over the last year so… yeah…

That seems a bit harsh.

Well, it’s Red Bull. I know it’s very much like “you have to be great every time, without fail”. It’s tough, but it’s a good goal to strive for. And now we won the championship this year, so maybe something could hopefully still happen.

For 2014, which teams will you be testing with in the Rookie Test?

Yup, I’ll be doing Tuesday and Wednesday with Tech 1 to get a feel for the car. I think there’s a big gap between 2.0 and 3.5. I will hopefully do this category next year and I’d like to do it in the best condition.

For sure, with the prize money I have now.

Finally, what are your long-term plans?

Well, for sure, the ultimate goal is F1. But I wouldn’t want to be there too early, it’s only my third year in single-seaters… so I have to get some experience beforehand and grow up. For now I’ll focus on the next year and we’ll see what happens.