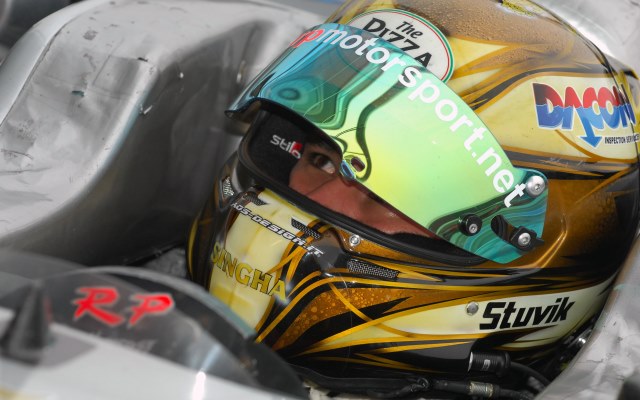 F3 Open championship leader Sandy Stuvik has confirmed he will take part in the GP2 post-season test which will take place at Abu Dhabi next week after the final round of the year.

The 18-year-old Thai driver is leading the F3 Open standings by 20 points with three race victories under his belt with one round to go.

Stuvik will test with Rapax, who have this year fielded former series leader Stefano Coletti and Simon Trummer.

“I have been training hard together with several established GP2 drivers this whole year to ensure that I will be physically and mentally fit to handle the car and to take it to its maximum potential,” Stuvik said.

“We learnt tremendously much this year from RP Motorsport, about racing to the maximum and this is something we want to build further on as we move towards Formula 1. I am very happy to test with the Italian team Rapax in Abu Dhabi and since I train in Italy now, it is very easy to work with them.”

He started his single-seater career in 2010, winning the Asian Formula Renault Challenge by finishing on the podium in every race he participated in. In 2011, he raced in the competitive Eurocup Formula Renault with a best finish of only eleventh. As a result of this, Stuvik made a step back and switched to Formula Renault NEC for the next season but it resulted in another disappointing campaign before making the move to F3 Open with RP Motorsport.