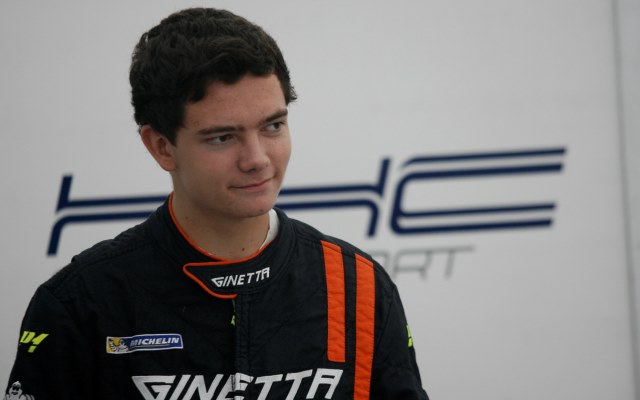 Will Palmer will begin his single-seater career in the BRDC F4 Winter Championship next month.

The 16-year-old is the younger brother of GP2 racer Jolyon Palmer and the son of ex-F1 driver Jonathan, who runs the BRDC F4 series through his MotorsportVision firm.

He has raced in the Ginetta Junior series for the past two years, finishing third in this season’s standings. Having tested the BRDC F4 car, he will race for the same HHC Motorsport team that ran him in Ginettas.

?I?ve been following BRDC F4 very closely this season and it is clearly an excellent championship,” said Palmer. ?It is very competitive and the cars are great fun to drive, with a huge amount more grip and power than the Ginetta I have been driving this year.

?HHC Motorsport were the obvious choice for me having been with them for two years in Ginetta Juniors, finishing third overall this year, especially after seeing how competitive they have been in F4. For the Winter Series I hope I can be in the top half of the field and score consistent results across the eight races.?

HHC’s Charlie Kemp added: “HHC Motorsport is delighted to continue our relationship with Will. He has progressed a lot as a driver in the past two years with us in Ginetta Juniors and we are pleased he has chosen HHC Motorsport for his first single seater foray in the BRDC F4 Winter Championship.”

Palmer joins Pietro Fittipaldi and Norwegian karter Fredrik Johansen as being confirmed for the Winter Championship.