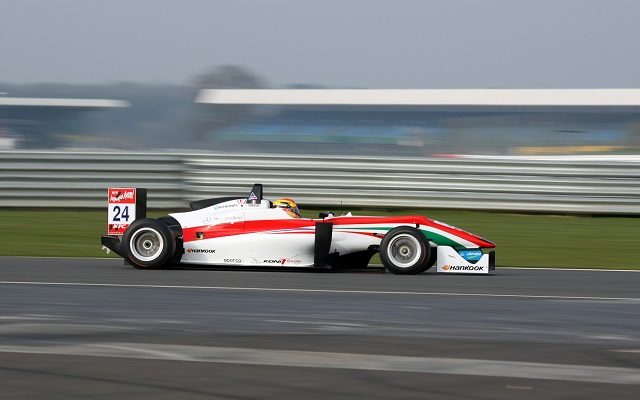 F4 and Toyota Racing Series champion Stroll set the pace in the first of the 40-minute sessions, taking top spot away from fellow rookie George Russell inside the final five minutes.

Carlin driver Russell had held top spot for over 20 minutes and his lap was good enough to finish up second, just 0.013 seconds behind Stroll.

Antonio Giovinazzi, the highest-placed driver from last season to return, was third ahead of F3 veteran Felix Rosenqvist.

Alex Albon was an impressive fifth for Signature, followed by Maisano and Jake Dennis, who made it all four Prema cars inside the top seven.

Maisano secured first place in the second session with a time of 1m51.677s, nearly half a second faster than Stroll’s earlier benchmark.

The Frenchman forced his more experience team-mate Rosenqvist to settle for second, 0.066s behind.

Russell pipped fellow Carlin driver Giovinazzi to P3, with Leclerc, Stroll and Dennis following them. Karting graduate and Red Bull recruit Callum Ilott was eighth, while Jensen was this time ahead of Pommer at the bottom of the top ten.