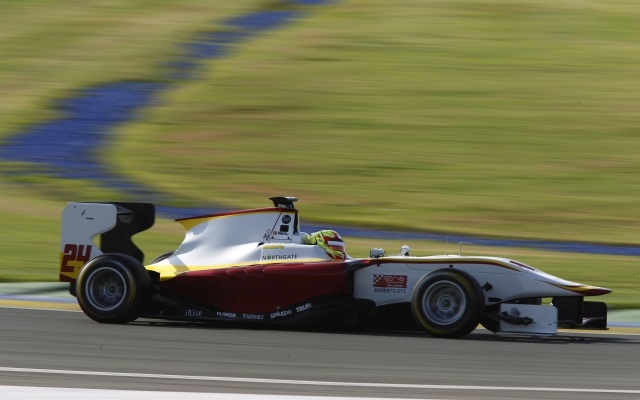 Alex Palou led the way in the morning session on the second day of the Valencia GP3 test.

Increasingly warm conditions during the session caused the best times to be run in the first hour of the session. Palou was the early pacesetter, dipping into the 1m21s barrier for the first time this weekend.

ART duo Marvin Kirchhofer and Esteban Ocon did the same shortly afterwards, slotting in behind the? Spaniard by only a hundredth and a tenth of a second shy respectively.

Kevin Korjus, who is replacing Adderly Fong this week as the Lotus development driver is at the Chinese Grand Prix, ended up in fifth, narrowly edging out Jenzer’s Matheo Tuscher and Koiranen’s Jimmy Eriksson.

The rest of the top ten consisted of Alfonso Celis, Ralph Boschung, Matt Parry and Pal Varhaug with all of them finishing within the same tenth.