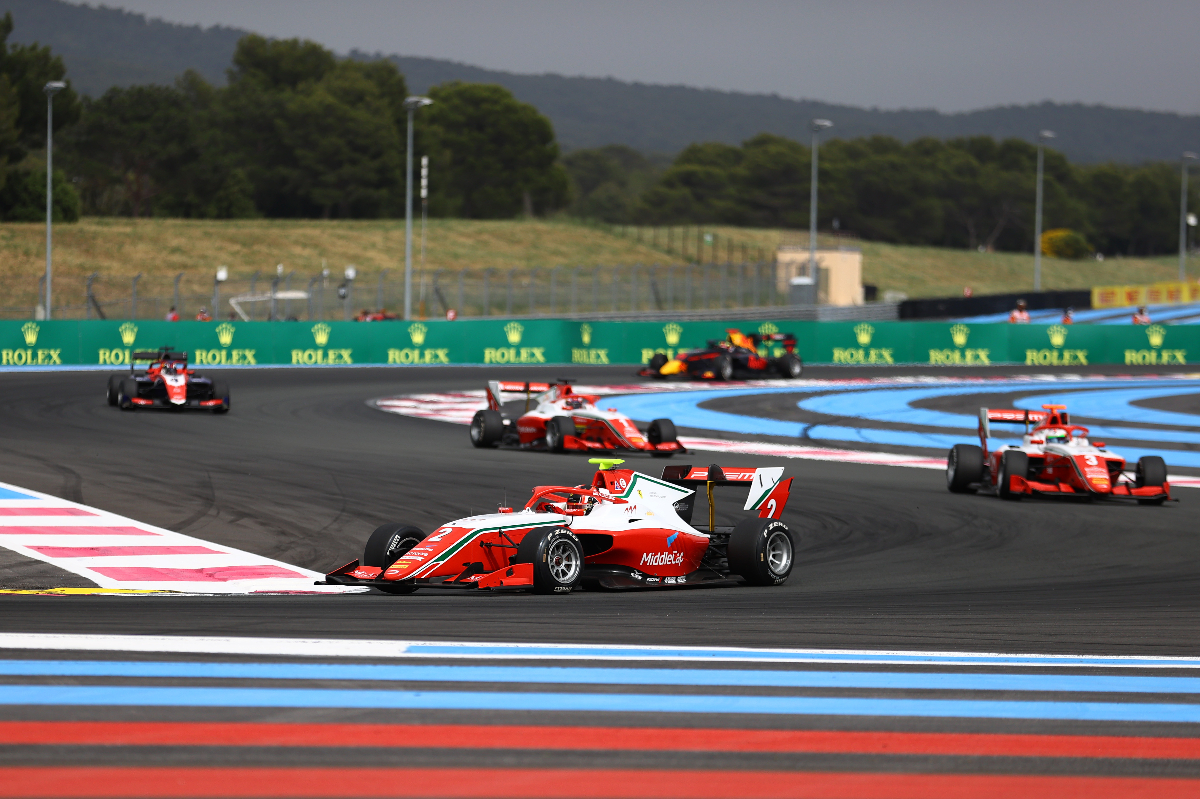 Arthur Leclerc and Dennis Hauger have explained Prema’s strategy during the second FIA Formula 3 race of Saturday at Paul Ricard, where they mostly ran 1-2-3.

Leclerc claimed his first series win from pole, after climbing 18 places in the first race to snatch the crucial 12th position for reversed grid pole. After Hitech GP’s Jak Crawford stalled on the grid, it allowed the Prema trio to conform at the front.

Leclerc led team-mates Olli Caldwell and Hauger, and as the race progressed Hauger – running on used tyres – worked his way past Caldwell for second place. Caldwell was also eventually picked off by MP Motorsport’s Victor Martins for third.

“You don’t really know what is going to happen before you get to turn one,” said Hauger.

“You’ve got to keep your nose clean, and I thought Crawford would be in the mix there in the beginning, but he had the stall.

“All drivers just had to stay calm. We knew we had the pace and tried to create the gap to just have a rhythm and keep everything clean. It was sort of in the plan and in the head for everyone.

“It’s no shock that when you’re team-mates, you want to work together if you have the opportunity for it.

Leclerc added: “We didn’t discuss about a special strategy before the races. The team is quite free with this.

“We are drivers, we know each other, so we know that we don’t have to do stupid things on track. So, we try to be as smart as possible, work together, and be as efficient as possible every session.”

Caldwell, meanwhile, said that he “apologises” to the team for not completing the Prema sweep of the podium.

“Race one was good, I was happy with the positions gained after a not so good qualifying. I managed to score some points in the end, and get a good position for the reverse grid of race two,” he said.

“In race two, we scored good points again, but there is no reason we shouldn’t have been on the podium other than myself. I want to apologise to the team because they handed me a great car. Unfortunately, I just couldn’t make it come together today, but I look forward to a good run tomorrow.”