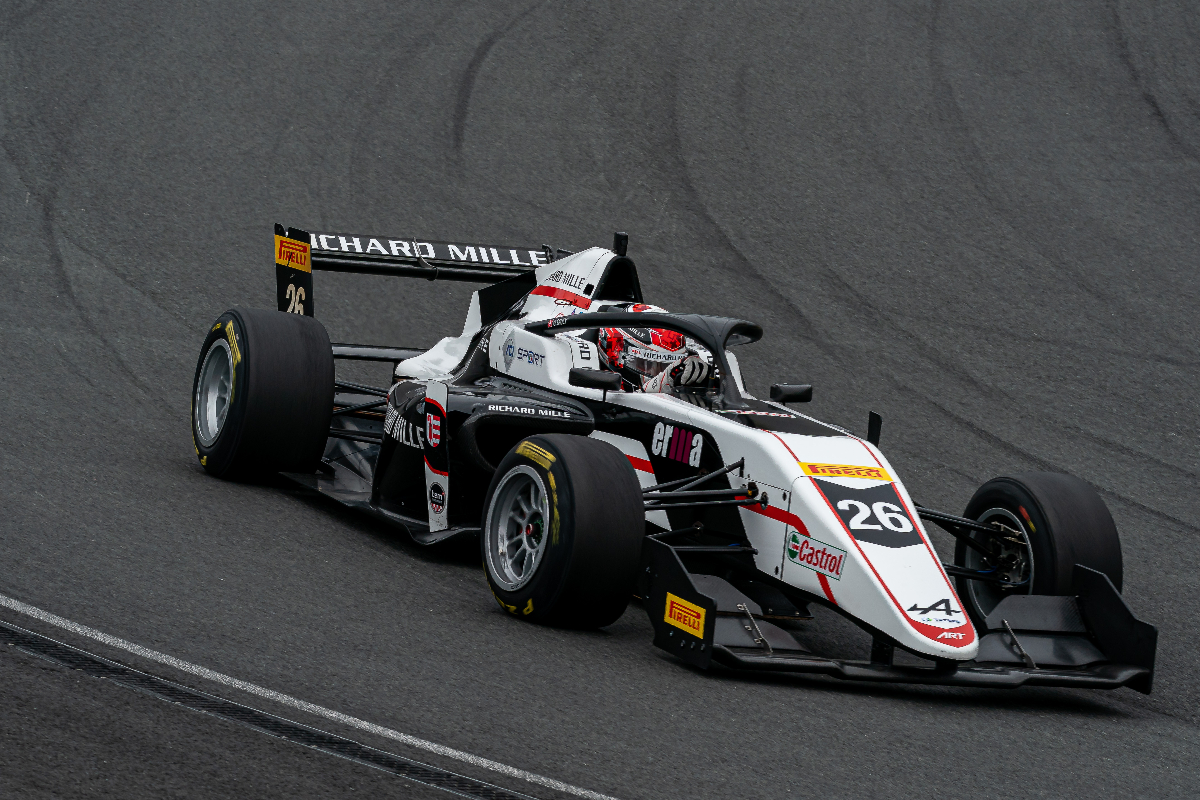 The Swiss driver set the pace by 0.367 seconds over ART Grand Prix team-mate Gabriele Mini, with MP Motorsport’s Franco Colapinto over half a second back in third and G4 Racing’s Michael Belov over three quarters of a second back in fourth.

There were two full course yellow periods during the session, the first caused by R-ace GP’s Lena Buhler spinning off at the first corner. The next came with just over five minutes to go, as KIC Motorsport’s Nico Gohler went off at high speed into the barriers. They will start 32nd and 30th respectively for Sunday’s race.

Saucy’s closest title rivals from R-ace had tricky sessions with traffic, with Zane Maloney qualifying 11th, Hadrien David in 14th and Isack Hadjar all the way down in 31st.

Prema also were off the pace, with its fastest driver Paul Aron in ninth while David Vidales could only manage to go 24th fastest and was two seconds away from the pole position time.