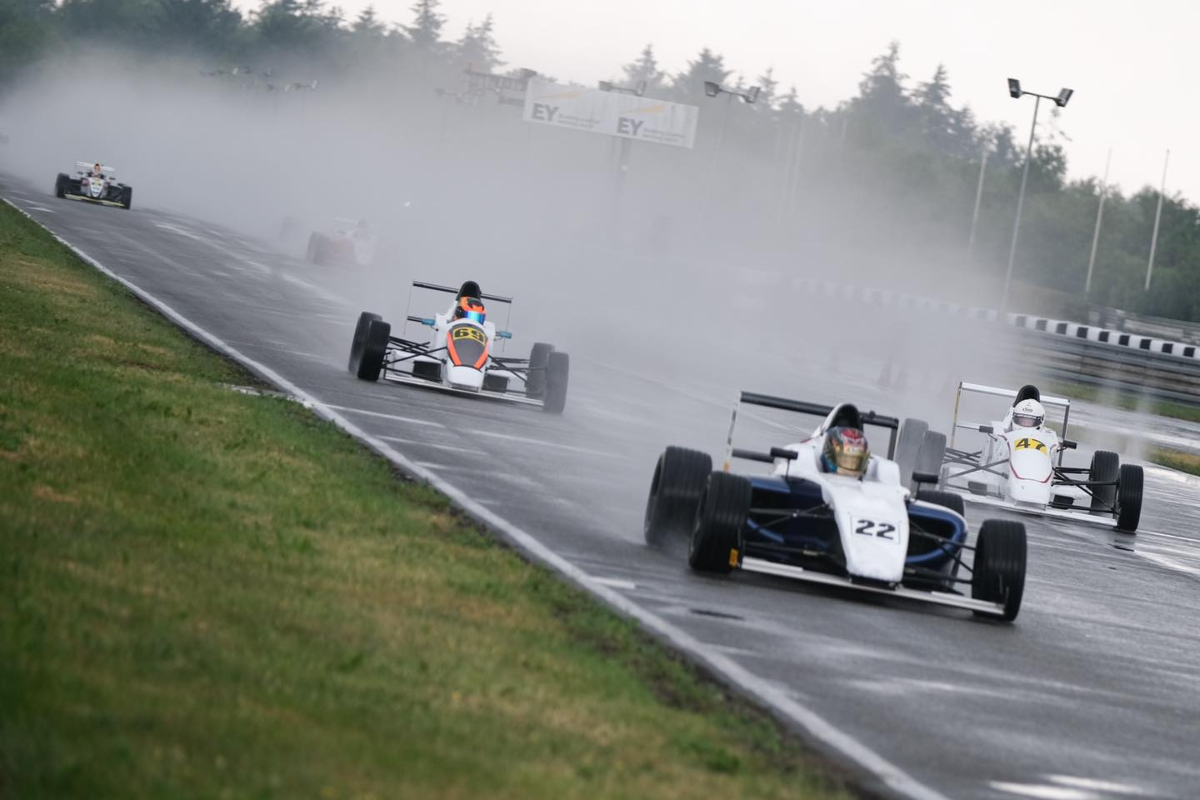 William Wulf won the second Danish Formula 4 race of the weekend at Padborg Park, which was held in wet conditions.

Mads Hoe Motorsport’s Millie Hoe was on pole position for the race but failed to get away off the line. Wulf, who started in fourth place, was in the lead by the conclusion of the opening lap.

From there, it was MHM’s team boss and Formula 5 runner Mads Hoe who was the closest challenger. But the gap kept extending up to eight seconds by the conclusion of the 13-minute race.

MHM’s Mads Riis rounded out the podium, holding off eventual race one winner Jesse Carrasquedo, in the FSP-run F4 car.

After colliding yesterday, Emerson Fittipaldi Jr and Juju Noda found themselves in battle again. Noda kept with Fittipaldi but failed to make a move stick for fifth place.

Noda was disqualified for the race one clash, and her Noda Racing team has said that it is set to “discuss the situation further” with the stewards.

They finished fifth and sixth, ahead of Jacob Bjerring – who held onto seventh despite a late spin.

After not starting on Saturday, Frederik Stena ended up eighth, ahead of Peter Henriksen.

Millie Hoe had a further spin and finished 10th and lapped, with Line Sonderskov the sole non-finisher after being excluded during the race for an unspecified reason.