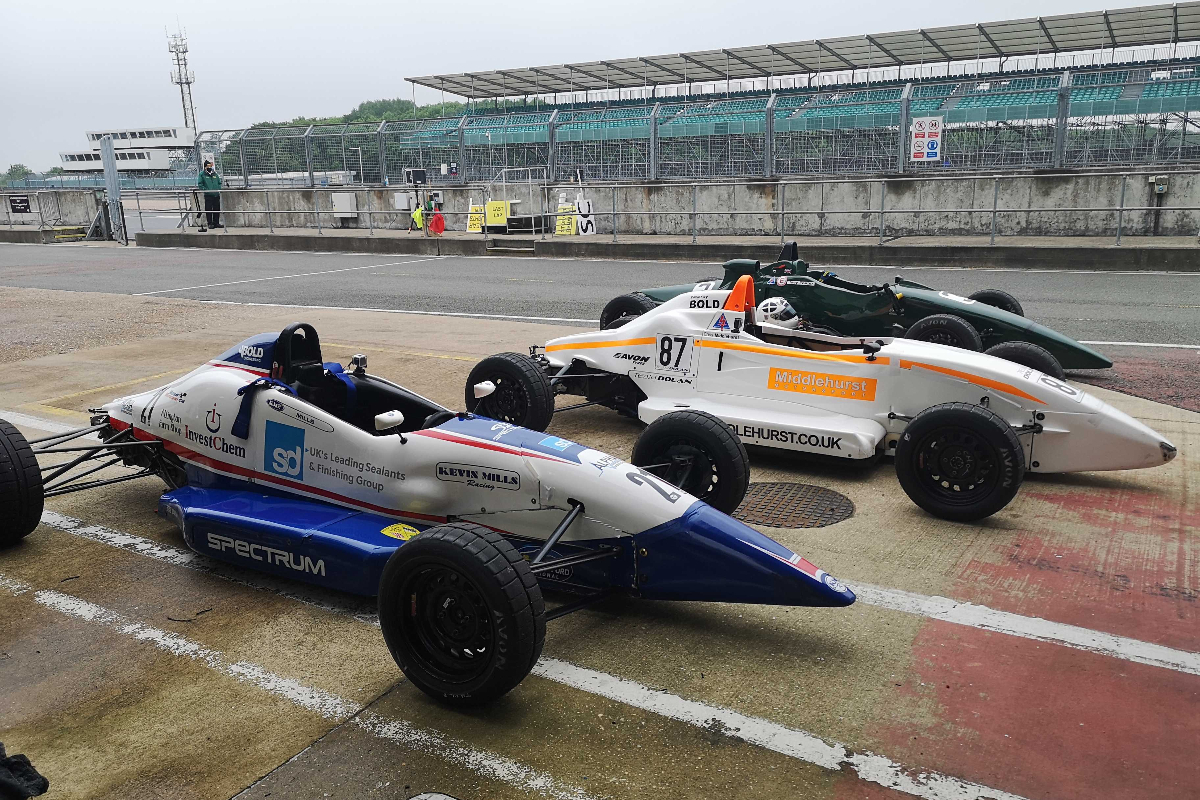 Team Dolan’s Chris Middlehurst took his second National FF1600 victory of the season in a dramatic finish to race two on the Silverstone National circuit.

Middlehurst started on pole in slippery conditions after race one winner Max Esterson served a five-place grid penalty for an incident with Joey Foster in Saturday’s encounter.

Middlehurst found himself in a battle with Kevin Mills duo Thomas Mills and Alex Walker in the early stages. Mills rose from third on the grid to lead by the end of the first lap and pulled out more than a one-second advantage as Middlehurst defended second from Walker.

Esterson moved up to fourth, but a spin at Copse dropped the Low Dempsey Racing driver to seventh.

Foster made good progress from tenth on the grid to run fifth and took fourth from B-M Racing’s Rory Smith, who had smoke coming out from the back of his Medina Sport.

A mistake at the halfway stage cost Mills his advantage, dropping into second behind Middlehurst, but soon regained the lead at Luffield. After remaining close behind, Walker moved into the lead after passing Middlehurst into Maggotts before slip-streaming past team-mate Mills on the Wellington Straight.

Esterson and Foster, the quickest two drivers on track, moved onto the back of the lead trio to make it a five-car battle for victory in the closing stages.

Esterson moved past Middlehurst into third but hit the back of Walker as he challenged Walker for second on the Wellington Straight.

Walker was sent out of control into Middlehurst, before making secondary contact with Esterson, and the championship leader then pulled off with suspension damage.

Middlehurst, who managed to avoid any damage, regained the lead after Mills ran wide at Brooklands on the penultimate lap, with Foster also moving by into second.

Mills tried to retake Foster a couple of times on the final tour but had to settle for third, with Middlehurst clinging on to victory by just 0.086s from Foster.

Despite his smoking car, Smith finished 1.4s off the lead in fourth, with Carter Williams a further 6s back in fifth. Esterson took sixth ahead of LDR team-mate Colin Queen, who recovered from an early collision at Copse with KMR’s Lukas Romanek.

Jamie Sharp was eighth for B-M ahead of Romanek, with KMR team-mate finished 10th despite an early trip through the gravel at Luffield.