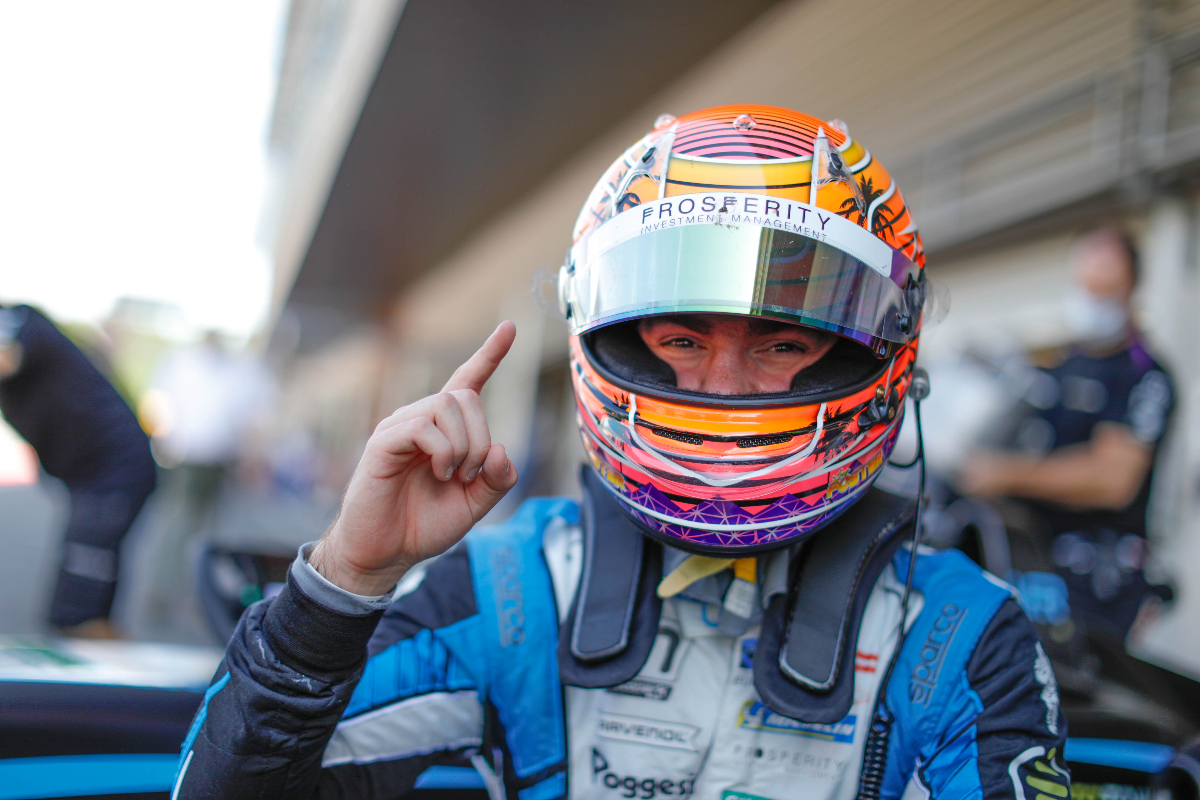 Louis Foster claimed his second Euroformula win in a row at Spa-Francorchamps in the reversed grid race.

The CryptoTower Racing Team driver started sixth as a result of his win in Saturday’s race, but only took two laps to move into the lead.

A slow start from reversed grid pole meant Enzo Trulli briefly lost the lead off the line, but the inside line into La Source ensured he was ahead. However down the Kemmel Straight he was overtaken in a double pass by Nazim Azman.

Foster also cleared Trulli before the end of the lap, and then made it past team-mate Azman on lap two. After a few laps of having Azman in his mirrors, he then pulled away for a dominant win.

Azman lost pace in the race’s second half and lost second to Motopark’s Cameron Das, who came from ninth on the grid, and just held off Carlin’s debutant Christian Mansell at the end.

Van Amersfoort Racing’s Casper Stevenson finished fifth, and second in the rookie classification behind Mansell, while Drivex School’s Trulli appeared to struggle with handling and faded to eighth.

Filip Kaminiarz made the strongest start of anyone and briefly had his nose ahead of Trulli on lap one before opting for the outside line at La Source, but his race went downhill for a long time before a recovering in the closing laps brought him past Trulli and into seventh place behind Double R Racing’s Joshua Mason.

Double R’s two cars spent almost the entire race in battle, either with each other or rival teams, and Chovanec ended up coming ninth after a late fight with Motopark’s Vivien Keszthelyi and Matthias Luethen.