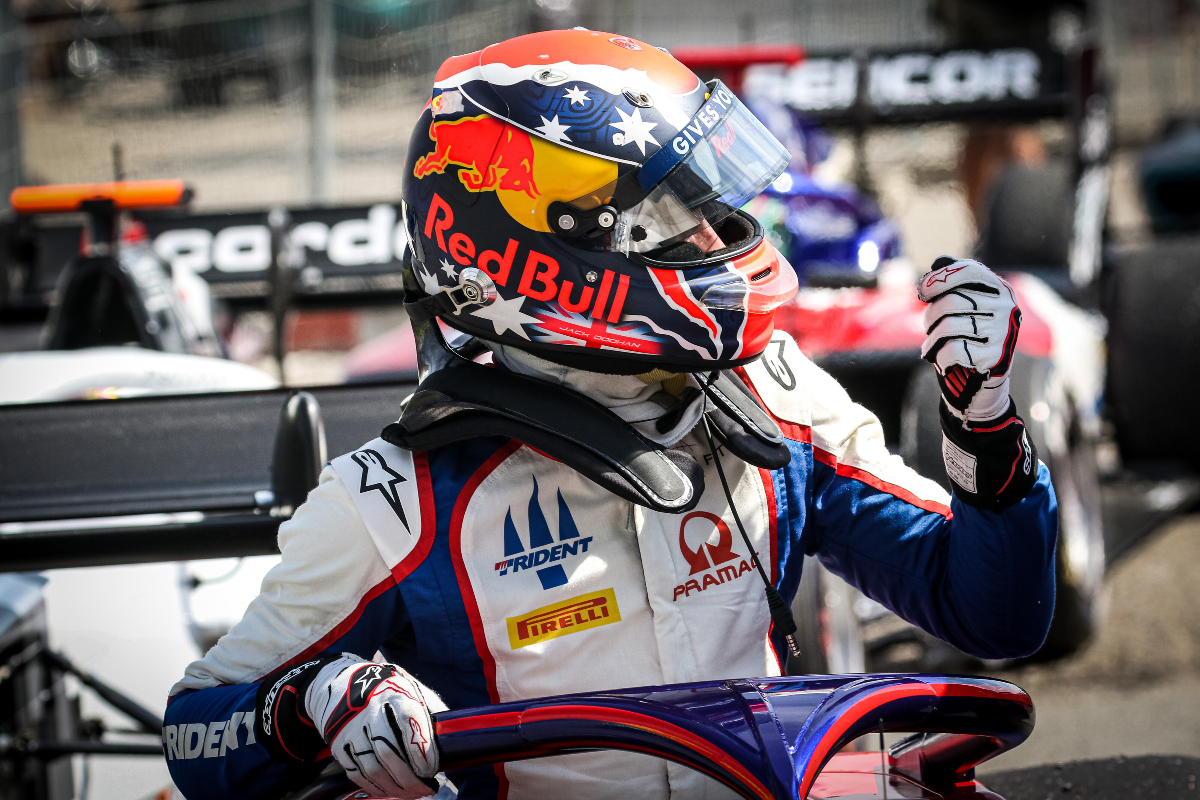 The Trident driver climbed up from fourth on the grid and managed wet weather tyres on a drying track to take the win.

Dennis Hauger was the quickest man off the line, jumping up from second into the race lead while Doohan dropped backwards.

Poleman Frederick Vesti couldn’t stick with Hauger, and the Prema driver was able to escape at the front of the order as ART Grand Prix’s Vesti defended against Doohan’s team-mate Clement Novalak.

An attempted move from Novalak put him on the backfoot and MP Motorsport’s Victor Martins swept through, with Doohan following a few corners later.

Doohan picked off Martins, who didn’t have the wet pace he’d shown earlier in the weekend. A wide moment for Vesti at turn three allowed Doohan to move up to second, but he was still more than three seconds behind leader Hauger.

Rain which had hit the track five minutes before the race start had already begun to clear by the race’s mid-point, and a drying line had emerged. Vesti was among those struggling to keep tyres cool as a result, but Doohan pushed on to take the fight to Hauger.

Within a handful of laps he was on Hauger’s tail. The pair swapped places a number of times, but Doohan was eventually able to keep Hauger behind him. However, he wasn’t able to pull away, and finished 1.5s ahead.

It was a mixed race for Hauger’s team-mates. Arthur Leclerc was once again the biggest mover on track, climbing from the back of the grid to finish 13th. However Olli Caldwell hit trouble early on in battle with Collet, resulting in retiring with suspension damage.

Vesti dropped down to sixth at the end, behind Novalak. Ayumu Iwasa was seventh, ahead of Alexander Smolyar, Juan Manuel Correa and Jak Crawford.

Logan Sargeant spent the first half of the race battling with Correa at the tail end of the top 10, only to be forced to pit to attempt repairs to a damaged rain light. He looked set to gamble and put on slick tyres in the pits, but the team couldn’t fix the rain light issue and he had to retire.

The only driver to put on slicks was Reshad de Gerus, and he set the fastest lap but finished 21st.