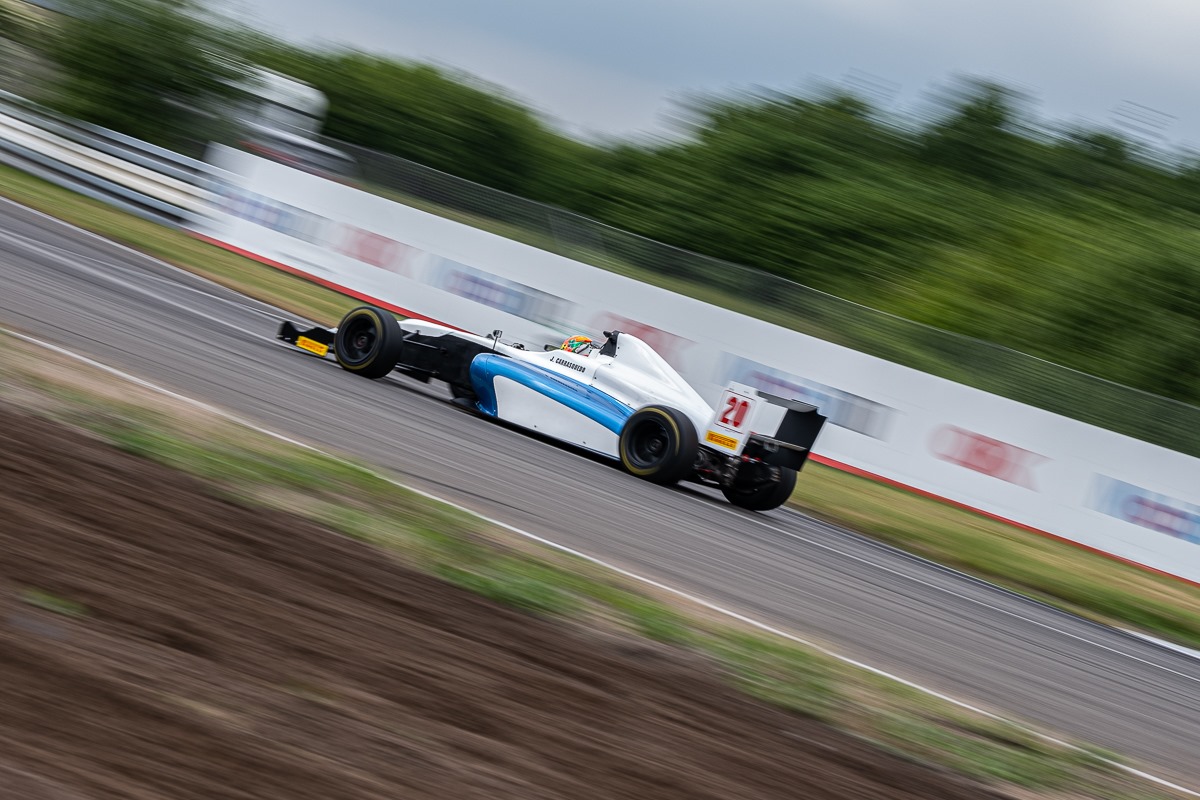 Carrasquedo started the 13-minute race from pole position and led away as race two winner William Wulf slotted into second.

In a dry race, in comparison to Sunday morning’s contest, Wulf initially was able to keep in touch with Carrasquedo before slipping back as he came under pressure from Formula 5 runner Mads Hoe.

Starting sixth, Fittipaldi meanwhile climbed up to fourth on the opening lap before working his way past Wulf and Hoe and then clawing into Carrasquedo’s lead.

A gap that was once 4.8 seconds was reduced to 1.7 at the flag, with Carrasquedo taking his second win of the weekend ahead of Fittipaldi. Despite missing the season opener, Carrasquedo is now ahead of him in the championship standings.

Hoe rounded out the podium after an opportunistic pass on Wulf shortly after Fittipaldi got through.

Noda had her second bit of contact of the weekend at the hairpin. Battling with Jacob Bjerring for much of the race after starting last, she dived down but locked up and made contact, spinning Bjerring round.

Bjerring was able to continue, but Noda damaged her front wing. Having pitted and running without the wing itself, she continued on to finish only 11th.

Line Sonderskov therefore inherited seventh after being excluded from the morning’s running, ahead of MHM’s Millie Hoe. Frederik Stena finished ninth, with Peter Henriksen rounding out the top 10.