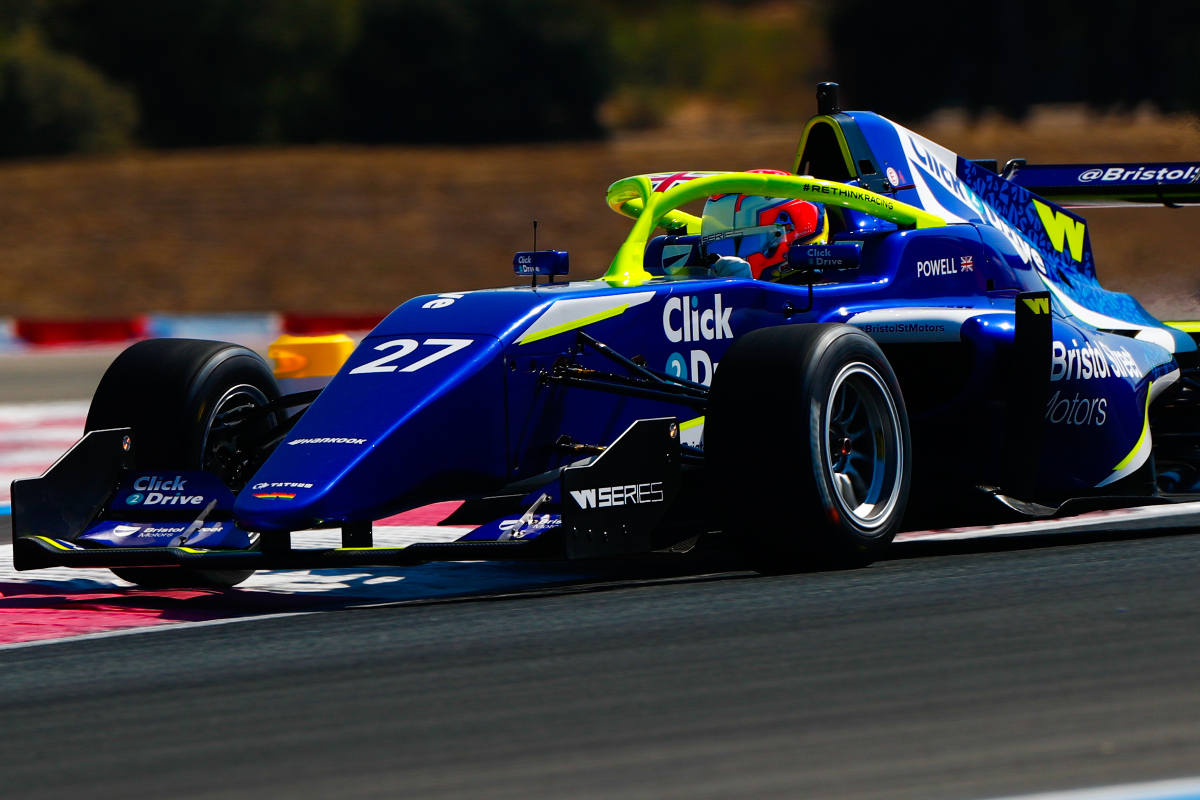 Alice Powell picked up her third W Series pole in qualifying for the Hungaroring round.

Powell jumped up to the top of the order midway through qualifying, but wouldn’t stay there for long.

Emma Kimilainen briefly sat in first place, only to have her fastest lap deleted, but then she managed to make it back to the top spot with a laptime that stood. But as the pace improvoed through the second half of qualifying she dropped down the order.

Chadwick and Beitske Visser both briefly went fastest, before Powell set a 1m42.986s in the closing stages.

By this point, Chadwick had dropped down to fifth, and although she had time to put in another flying lap which was of an improved pace, it wasn’t enough to change her grid position. Visser qualified second, ahead of Nerea Marti and Marta Garcia.

A few yellow flags late in the session caught out a few drivers. One was caused by a mistake sending a driver wide, while a second yellow flag came as two drivers span on track. Bruna Tomaselli and Bianca Bustamante made contact sent spinning, though qualifying was able to continue without bringing out the red flags. The incident is being investigated.