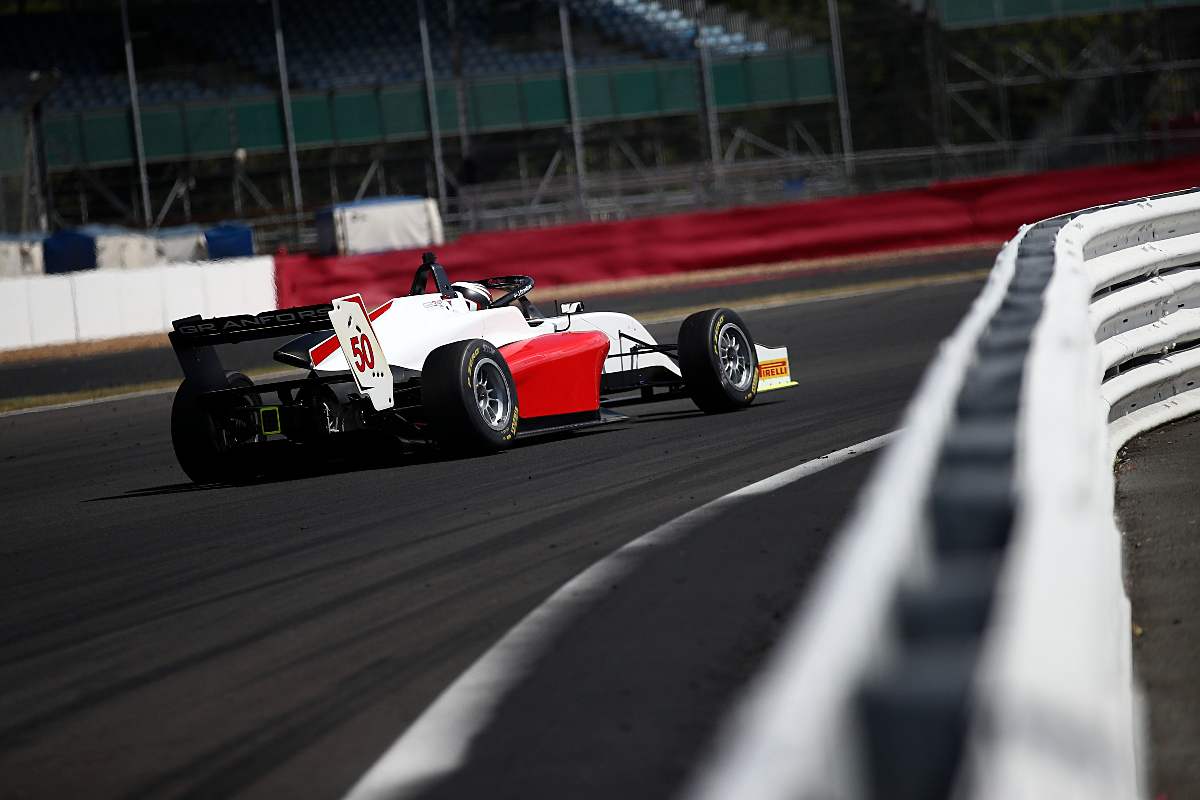 Joel Granfors continued to lead the way on the second day of GB3 pre-event testing on Silverstone’s Grand Prix layout.

The Fortec Motorsports driver headed the first two sessions of Friday, setting a best lap of 1m53.297s during the morning, albeit over 0.7 seconds shy of his Thursday benchmark.

His title rival Luke Browning was once again the closest challenger, also setting his best effort in the first session to end up 0.236s adrift. The Hitech GP driver was fastest in a shortened final session with a lap 0.021s off his morning time.

Elite Motorsport showed signs of repeating its strong form from GB3’s previous Silverstone visit in May, with Tom Lebbon third ahead of team-mates John Bennett and James Hedley, the latter having returned to the team following a one-off appearance for JHR Developments at Spa-Francorchamps last weekend. All three’s best times came in session one.

Arden’s Nico Christodoulou only took part in the second and third sessions, setting his best lap in the latter to be sixth quickest. Carlin’s Callum Voisin and Roberto Faria improved during the final minutes of the day’s running to be seventh and eighth.

Nikolas Taylor continued to set the GB4 pace in GB4, which shared the track with GB3 in all three sessions. The Fortec driver set a 2m01.482s in session one ahead of Hillspeed’s Megan Gilkes. Despite lapping 0.6 slower in session two, Taylor again topped the times ahead of Kevin Mills Racing’s Jarrod Waberski.

The South African continued his strong pace from Thursday, topping the final session with a 2m01.637s to end the day second quickest.

Gilkes and team-mate Max Marzorati’s session one times were good enough be third and fourth overall.

A trip into the gravel for Graham Brunton Racing’s Chloe Grant triggered the day’s only red flag in session two.