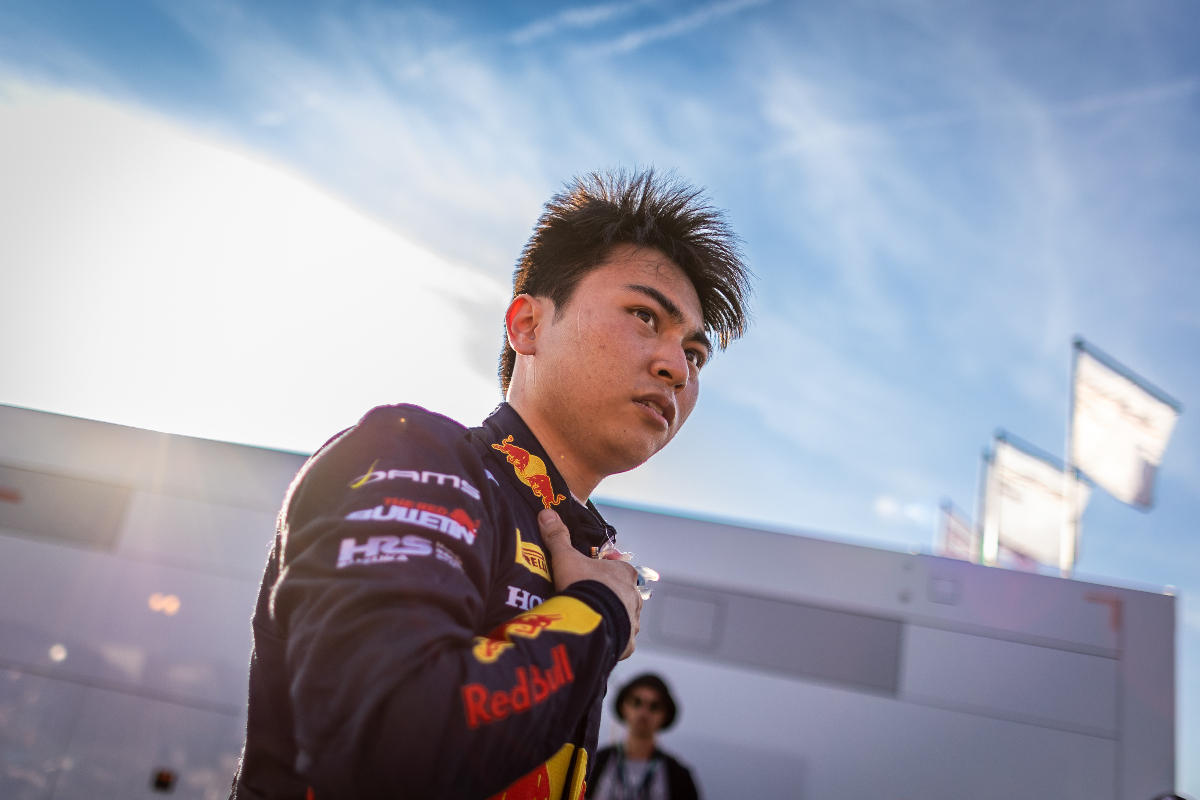 DAMS’ Ayumu Iwasa claimed his maiden Formula 2 pole position at the Hungaroring thanks to a brilliant late lap that put him almost four tenths clear of the field.

Hitech GP driver Marcus Armstrong was the first driver to set a competitive laptime in qualifying, but his benchmark was soon bettered by ART Grand Prix duo Frederik Vesti and Theo Pourchaire.

Championship leader Felipe Drugovich set a lap within 21 thousands of a second of Vesti’s benchmark to go second fastest, before heading into the pits for a new set of soft tyres.

Iwasa stayed out on track longer than most, but his different approach concluded with him down in ninth place.

Campos Racing’s Olli Caldwell did make good use of the empty track and went fastest with over 10 minutes remaining on the clock. Unfortunately, that lap would only be good enough for 13th place at the end of the session.

Again, Armstrong set the fastest lap on the first lap of the second set of tyres. The New Zealander was 0.056s clear of Pourchaire and 0.070s clear of Carlin’s Logan Sargeant ahead of the last attempt for each driver.

With under three minutes to go, no one seemed to have enough life in their tyres to beat Armstrong. MP Motorsport’s Drugovich was the biggest gainer, moving up from seventh to second place.

However, it is not over until the chequered flag came out was pole actually settled, as a blistering lap from Iwasa awarded him pole by 0.381s. His team Roy Nissany only qualified 21st, while Drugovich’s team-mate Clement Novalak was 19th fastest.

Virtuosi Racing’s Jack Doohan ended qualifying in 10th place and therefore will start on reversed-grid pole for the sprint race. Charouz Racing System’s Enzo Fittipaldi will line up alongside Doohan on the front row on Saturday.

Several drivers had laps cancelled for exceeding track limits, but that didn’t impact the final results of qualifying.