Home Featured Pourchaire: Fittipaldi “was faster than me” in Hungaroring fight
Formula 2News 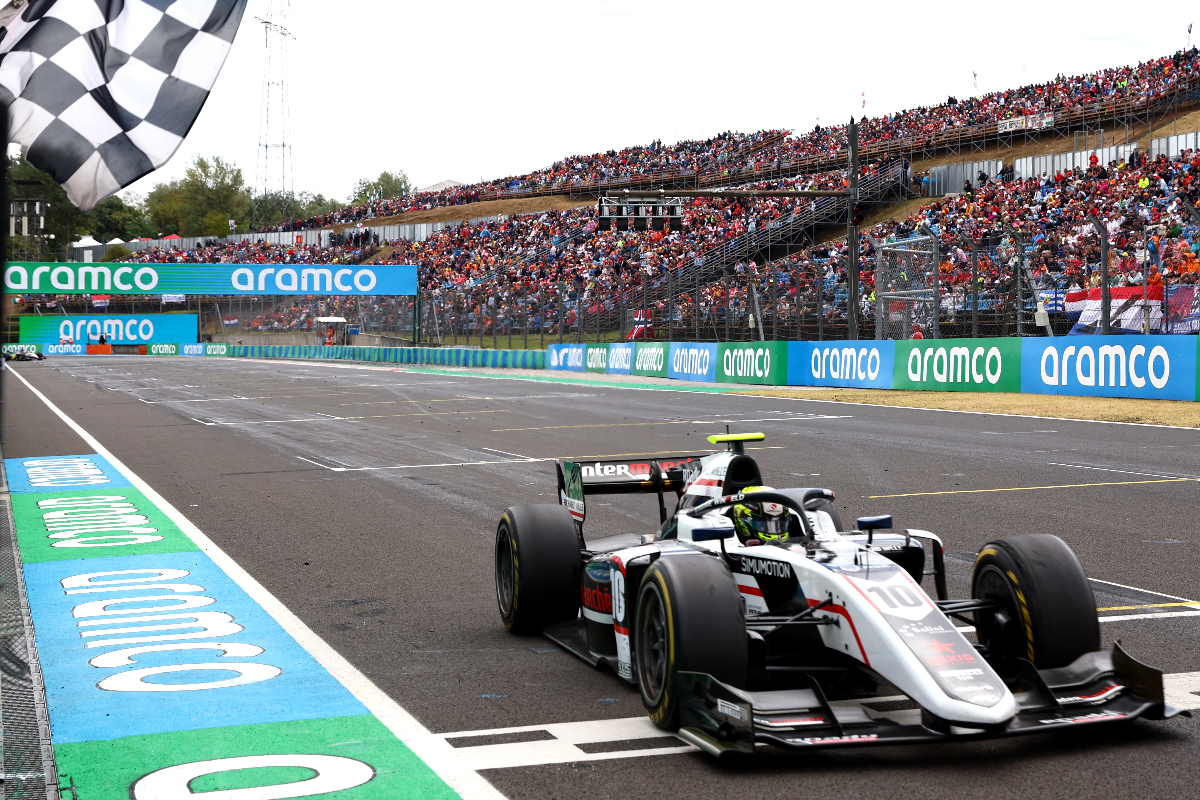 Theo Pourchaire is convinced that Enzo Fittipaldi had the faster car in their Formula 2 feature race battle at the Hungaroring, despite beating the Brazilian to victory by 3.641 seconds.

The pair qualified fourth and ninth, but picking the outside line for the race’s first corner put Pourchaire in second and on lap one Fittipaldi got by three drivers on medium compound tyres as his soft tyres warmed up quicker.

On lap four Fittipaldi took fifth from Pourchaire’s ART Grand Prix team-mate Frederik Vesti, and led four laps later as he overcut those on the same starting tyre. He exited his pitstop in 12th just ahead of Pourchaire, who had warm tyres and passed moments later then opened up a 4.209s gap.

As the pair rose back up the order, with a combination of passes on those yet to pit and rising ahead of those in the pitlane who started on the medium compound, Fittipaldi closed in on Pourchaire but deliberately kept his distance when his rival was trying to overtake a car in front.

With eight laps remaining they ran one-two, and the gap grew when rain briefly arrived but Fittipaldi looked capable of entering DRS range on the final lap. However “a very big rear locking” into the turns six/seven chicane while “pushing really hard” led to him going straight across it and backing off through the rest of the lap to avoid further offs or a penalty.

“I had a huge, huge oversteery car which was very difficult to control,” Pourchaire revealed post-race. “I think Enzo was faster than me. At one point I picked up again some pace, but in the end I was on the edge of losing the car every corner.”

He added that it was a “very, very stressful race” having Fittipaldi in his mirrors, but Fittipaldi countered that he couldn’t do much while behind.

“It was difficult, it was really hard, probably one of the hardest races I’ve ever done considering the traffic we had,” he said.

“The cars in the back, we were catching up to them and it was very difficult to manage our tyre management behind them and when to overtake, and there was some drivers that were very aggressive trying to block the position. So you just had to be smart, and overtake at the right time, so decision making was really important in this race.”

Fittipaldi expanded on why it would have been difficult to pass Pourchaire once they were at the front of the field.

“I think it was with this track, which is very difficult to overtake [on], I’d have to be 1.0-1.5 seconds a lap faster than Theo to have an opportunity to overtake. We were very similar pace, I was just maybe a couple of tenths quicker at the end. I think we really maximised the result today. I don’t think I really could have done much more than this from starting ninth.”