Home Featured The story of Browning’s GB3 exclusion, and why title is “still salvagable”
FeaturesGB3News 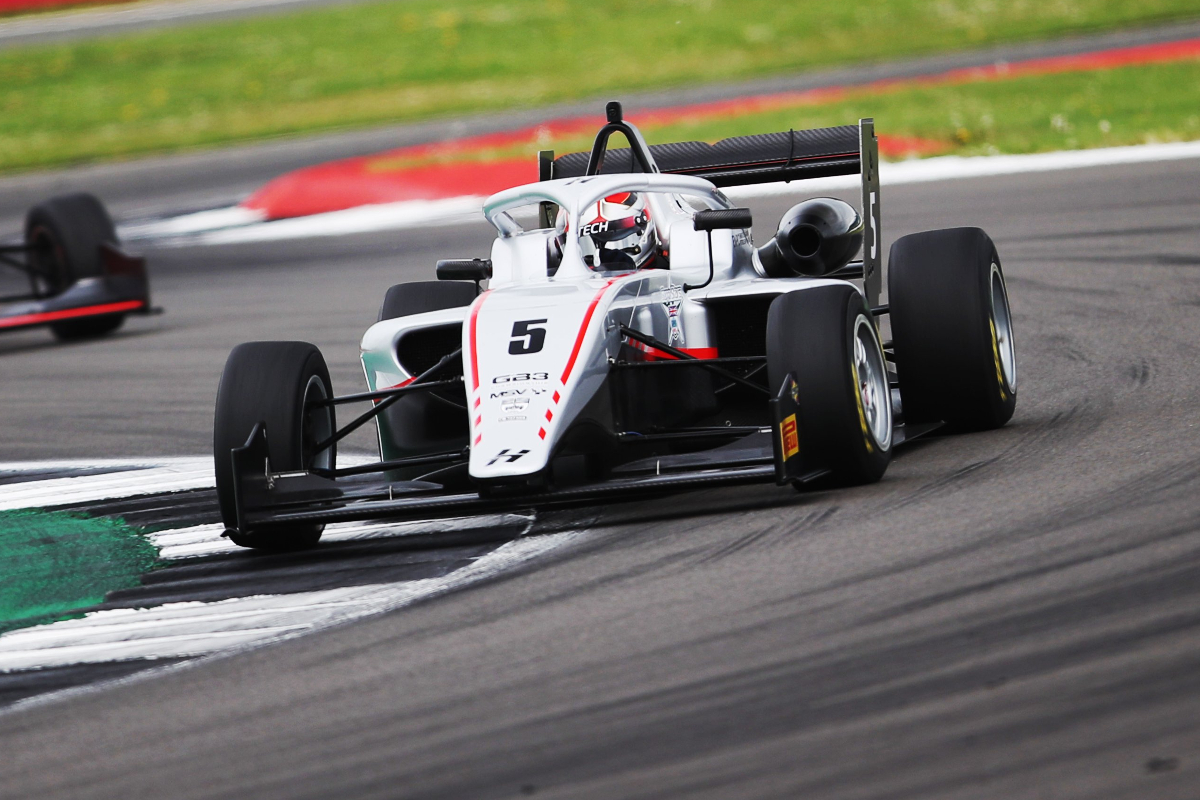 Hitech GP’s Luke Browning says last weekend’s GB3 round was “one of the toughest” he has experienced after his team was excluded from qualifying and he lost the points lead.

Browning topped qualifying at Silverstone, but then he and team-mates Bryce Aron and Cian Shields were put to the back of the grid for all three races after their cars failed scrutineering for missing a metal skid block that protects the floor.

From 21st, Browning recovered to finish 10th and 11th in races one and two, and made up 15 places to come home fifth in race three. But Fortec Motorsports’ Joel Granfors took win and two thirds, and now leads Browning by 11.5 points.

“That’s one of the toughest weekends I’ve had in motorsport,” said Browning. “The team, we came together and did as much as we could to salvage it and, at the end of the day, we are only half off what our championship lead was coming into it. So it’s not as bad as it seems although we’ve lost a lot of points over the weekend. It’s still salvageable for the championship.”

Browning made some bold moves to make up places during the three contests, including a spectacular double overtake into Maggotts during race three.

“We made great progress through the field, they were quite exciting races. If I’d have had the [points] lead I probably wouldn’t have taken a few of the risks that I did but, luckily they paid off and we’re stood here without a broken car.”

While Hitech did not wish to publicly comment at Silverstone on the post-qualifying decision, it is understood that things came to a head after its cars were protested by another team in the paddock. Having experienced issues in obtaining the required Tatuus-manufactured part earlier in the year, the team had run without a skid block until now. 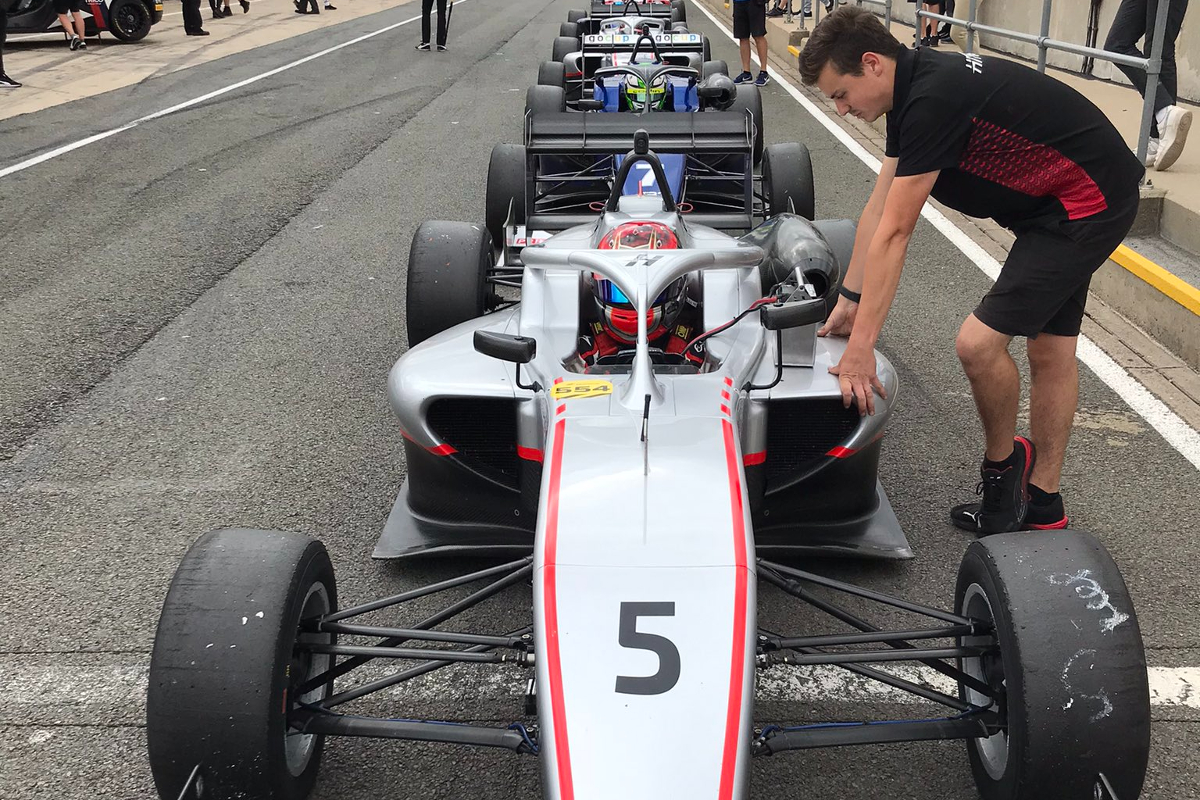 “It’s a part that should have been on the car, but it wasn’t. I’m sure that several months ago that part may not have been available from Tatuus at a point in time. That was then and this is now.”

GB3 switched to an updated Tatuus MSV-022 chassis this year and, with a record number entries, combined with Formula 4 series across Europe ordering a new car from Tatuus during a time of global supply chain issues it meant demands on the Italian manufacturer have never been higher. That has caused problems in some instances for teams in getting parts.

“At the moment everything is more difficult to get and takes longer to get than any of us can ever remember,” Butterfield added.

“I don’t know who was affected by that shortage or when. And if anybody was at a race event there is a mechanism with our eligibility scrutineer to give a dispensation if that part is not available. There is a process to cover this, but unfortunately that wasn’t in place either.”

Drivers at more than one GB3 team (and the supporting GB4 series that uses old Tatuus F4 cars) had spoken to Formula Scout about concerns over parts shortages pre-season.

While left frustrated by events at Silverstone, Browning remains optimistic heading into the penultimate round at Brands Hatch in September, having been strong there in testing earlier in the year.

“What happened in quali is pretty gutting and not the team’s fault and really quite unsportsmanlike from another team protesting it,” he said. “For something that’s out of our control it’s really quite upsetting.

“It’s going to be a two-round battle and we’ve got to push on. We were fastest [at Brands Hatch] in testing, so hopefully we rock up and we’re fastest there again. The car has been developed [since then], it will probably be a lot different to what we ran at the start of the year.”