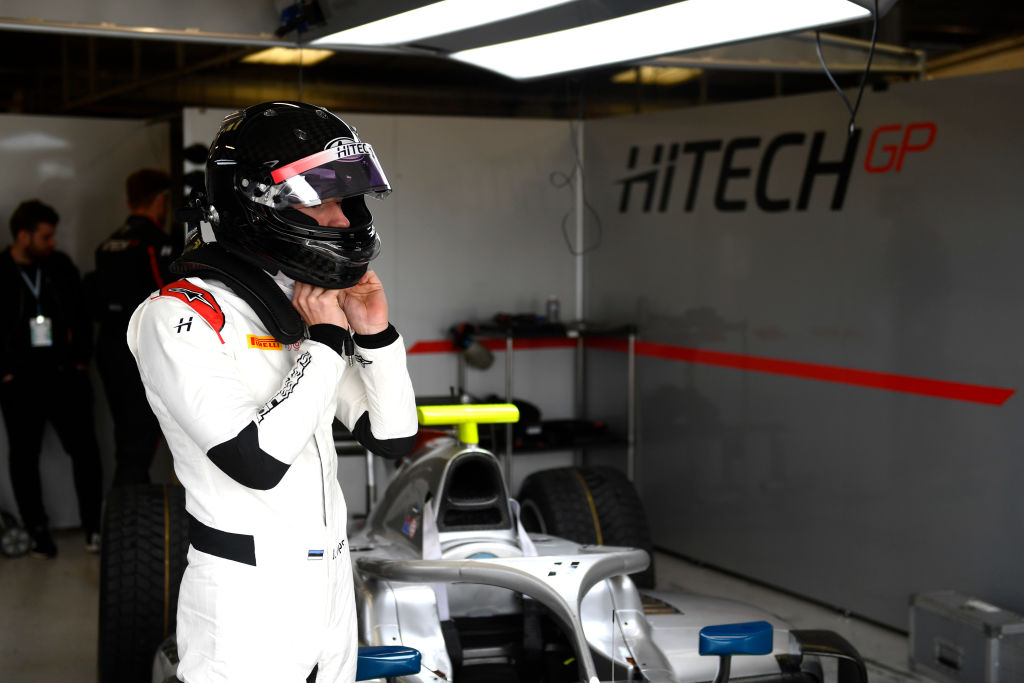 Juri Vips has had several slow and costly pitstops in Formula 2 this year, and at the Hungaroring he touched on the subject.

The Hitech GP driver’s pitstops issues started in the opening round at Bahrain, as he led the feature race before an issue with his front-left tyre during his stop lost him more than 10 seconds.

In Jeddah “it was a big error” by Vips himself as he stalled during the stop, and admitted “it was just down to me”. At Barcelona he then lost several seconds in his stop, was issue-free but had one of the slowest stops in Baku, then had a slow right-rear change at Silverstone but actually was in pitlane only 1.4 seconds longer than the quickest driver through.

There was another slow pitstop in the Red Bull Ring feature race, he lost close to 10s while in the pitlane following a slow stop at Paul Ricard and then last weekend he was among the slowest through the pits. Before the Hungaroring feature race he was asked by Formula Scout if Hitech had worked on a specific area in order to rectify the number of issues taking place.

“It’s just about encouraging the mechanics when they make a mistake and keeping the morale of the team high, and just keep practising the way they are because sooner or later it’s going to come and I’m sure we are going to have great pitstops for the rest of the year.”

Hitech has proven the pace of its F2 package through the last two rounds, as Vips still sits atop the order when it comes to this year’s single-lap pace (being on average within 0.382% of the absolute pace on any given weekend) and his team-mate Marcus Armstrong has risen to fourth, but the pair are currently 10th and 11th in the championship standings.