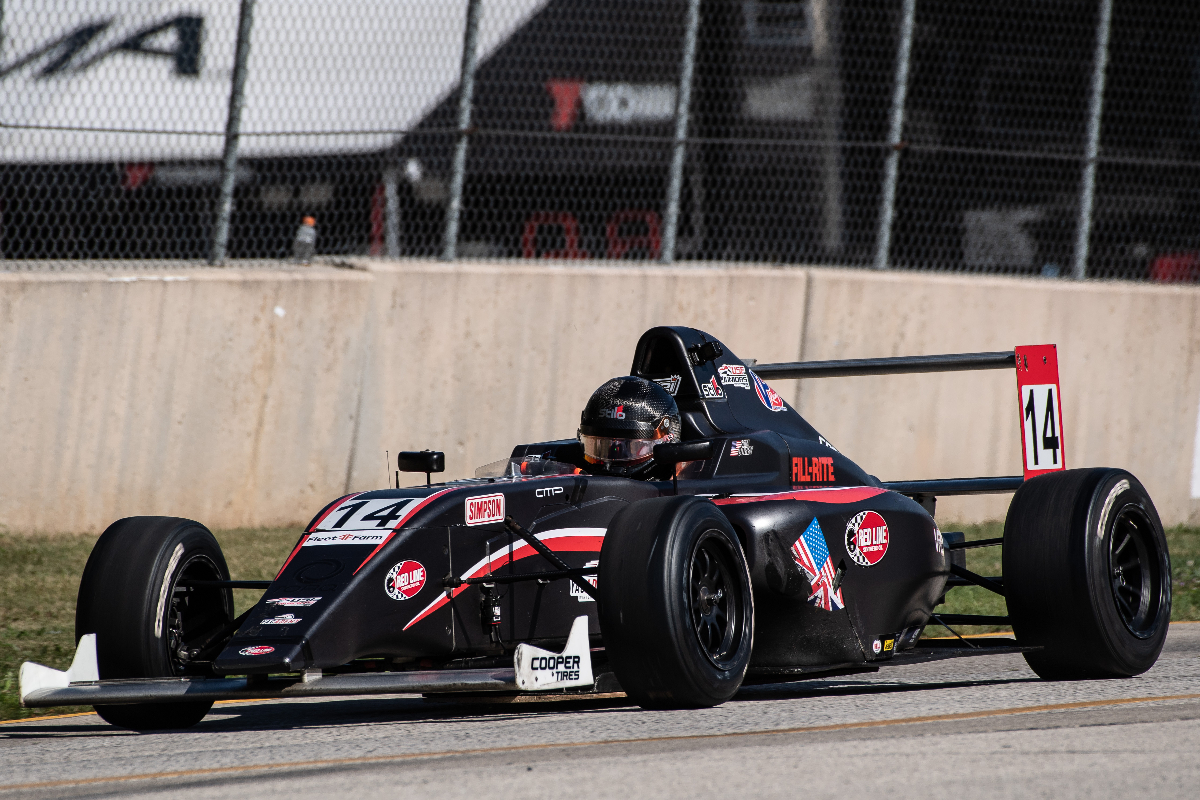 Points leader Mac Clark, missing a clashing Formula Regional Americas round to race, set the pace in qualifying by just 0.056 seconds ahead of de Tullio, with Corry 0.475s back and nobody else within a second of pole.

But mechanical issues on lap one prevented Clark from turning that pole into a win in race one, handing de Tullio the lead very briefly. Corry led by the first corner of lap two, and then there was a caution period as Quinn Armstrong and Jeremy Fairbairn crashed out at the last corner.

Racing resumed for lap five of 10, and Corry led for almost two laps before de Tullio and Johnson got through at turn one. De Tullio then spent two laps leading before Johnson drew alongside starting the penultimate lap. He was 0.081s ahead as they crossed the line, but de Tullio got back by under braking only to then finish the lap in fourth behind Corry, Johnson and International Motorsport’s Andre Castro who had clawed himself onto the lead trio.

There was more change on the last lap, as de Tullio got back into second and Castro also passed Johnson before spinning at turn five. Corry won, but only just as he beat de Tullio by 0.030s.

Corry and Clark shared the front row for race two, but Johnson would be poleman Corry’s rival and he eventually passed him for the lead after five laps. The pair stayed close in the race’s second half, and Johnson won by just 0.087s.

Clark and de Tullio’s fight for third was even slower, with de Tullio prevailing by 0.027s until stewards penalised him one place for aggressive defending. He then got disqualified on technical grounds.

In race three de Tullio bounced back, and continued his title ambitions, by passing Corry to win by 0.111s. Johnson beat Clark to third by 0.019s, meaning Clark leads Corry by 30 points with three races to go.