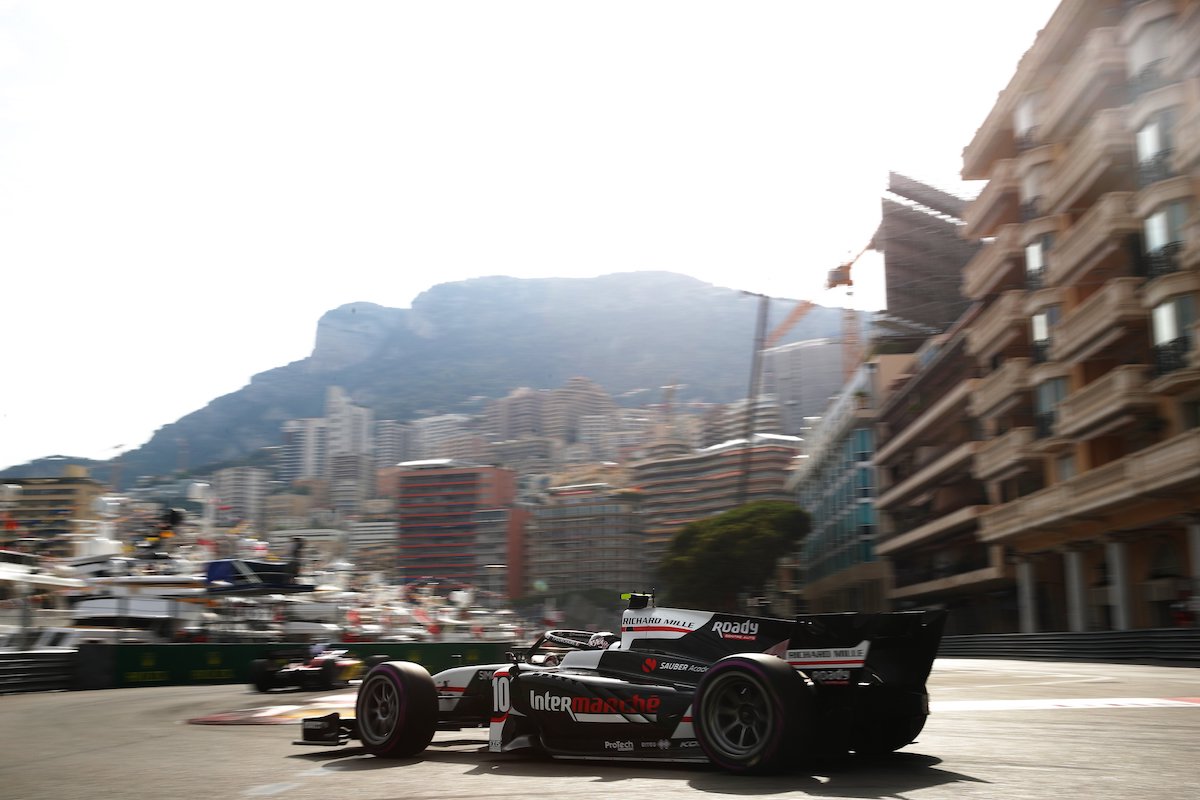 Theo Pourchaire believes “it’s crazy” that the Monaco Grand Prix’s future is being called into question, saying the circuit should be kept on the Formula 1 calendar “forever”.

Monaco currently has no contract to continue hosting F1 beyond this year and the iconic street circuit is annually a target for criticism from some quarters because of the limited number of overtakes during races.

Pourchaire, who grew up around an hour away from the principality, won the Formula 2 feature race from pole position on his Monaco debut in 2021. This year he experienced for himself just how difficult overtaking can be, finishing second to Felipe Drugovich after applying sustained pressure upon his championship rival.

But speaking afterwards in the post-race press conference, Pourchaire said that this element of Monaco’s challenge was part of what makes racing there so special.

“For me it’s crazy to think that some people are asking themselves if we need to keep Monaco on the calendar,” he said. “It’s the most beautiful track on earth.

“It’s for sure super important to do a good qualifying, and then for the race we know it’s Monaco but you [still] need to watch. I mean, all the races in Monaco it’s almost impossible to overtake and that’s why it’s also very special.

“You need to do a good strategy, you need to have a bit of luck and to not do any mistakes. Because 42 laps with the pressure that Felipe had and he didn’t do any mistake… it’s also good, you know. But this track, we need to keep it forever, there’s no question.”

Pourchaire said second place in Monaco was still “very good” and said he was “exhausted physically and mentally” after his pursuit of Drugovich.

“It was quite hard physically, especially for me because I was pushing a lot,” he said.

“I was sometimes a bit over the limit but I wanted to push and to put the pressure on Felipe. So I had only one option, it was to be really close to him, and I wanted to keep the DRS on the straight.

“So it was very hard physically and mentally also to keep the car on the track because sometimes it’s very hard. 42 laps behind a car in Monaco, pushing really hard, thinking about the pitstop… I was scared of a safety car in the end of the race if there was somebody in front of us or on a different strategy. Physically I’m really tired right now.”

As for whether he had the chance to attempt an overtake, he said: “At one point I wanted to go for the Nouvelle chicane. But I was a bit too far. I think we were going for contact or a crash if I was going to try to overtake. I had rear locking, the tyres were struggling, the car was moving everywhere, so the only option was to put pressure on Felipe and waiting for him to do a mistake but he didn’t do one.”

Doohan pleased F2 adding Paul Ricard: “I need all the rounds I can get”