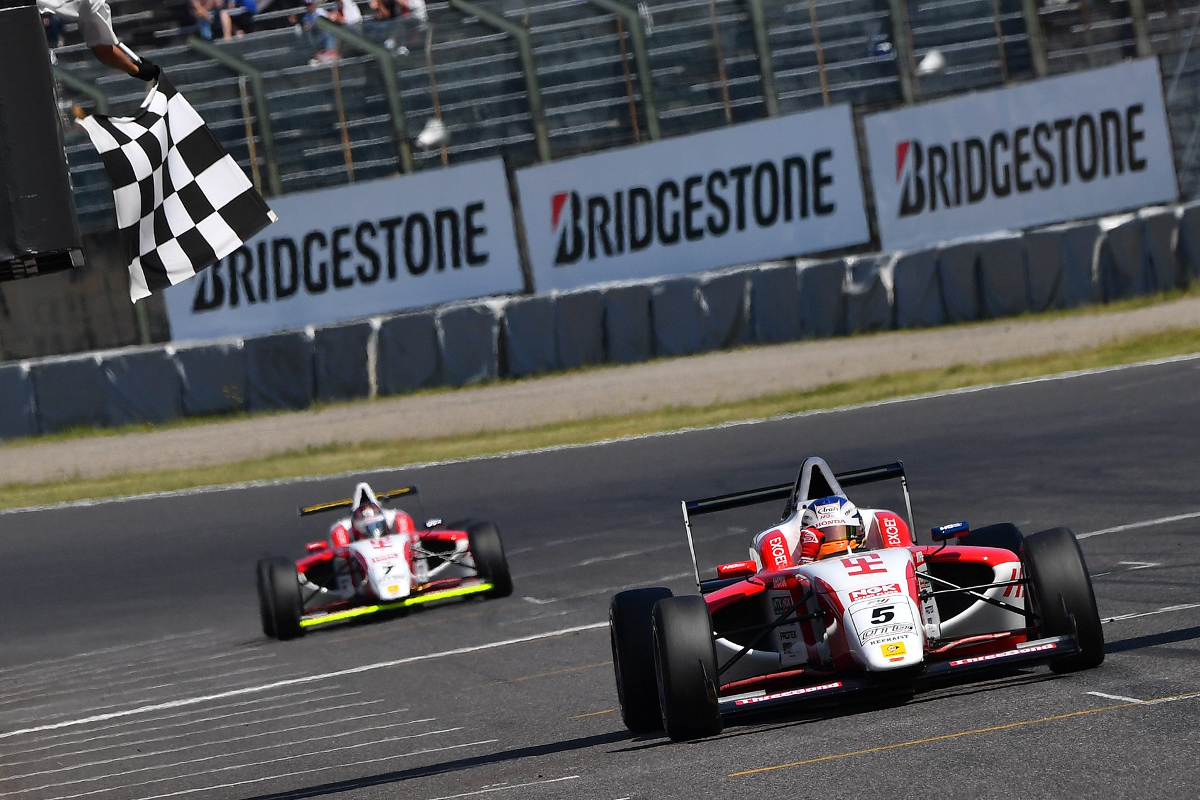 Qualifying was once agin split into two groups due to the large grid size of 41 entries. Koide achieved pole for both races, having sett the fastest laptime in Group A.

Group B meanwhile had a first session filled with red flag stoppages, the last of which brought the session to an end with three minutes remaining after Yuki Mishima spun and was unable to restart.

Koide come under pressure from pole on the opening lap of race one from Honda junior Mitsui, who started second, but was able to hold the lead.

The safety car then came out as Nobuhiro Imada spun into the barriers. Racing resumed on lap five and Koide was able to hold onto the lead comfortably.

He began to widen the gap to Mitsui in the second half of the 11-lap race, and led by 1.5 seconds before a second safety car (after Ryoma Henzan beached in the gravel with three laps remaining) brought the race to an end under the safety car.

In race two, Koide dominated again. He made a lead of over 1.7 seconds on the first lap to Iwasawa, who had a train of cars forming behind and lining up to make a move. Mitsui was the first to, passing fellow Honda junior Nishimura for third before setting his sights on Iwasawa.

It took Mitsui until lap four to catch the back of Iwasawa, and he made the move for second as the pair went wheel-to-wheel through the first three corners.

On lap six the safety car came out as contact between Shion Tsujimoto and Yita Fujiwara caused Tsujimoto to spin across track and crash hard on the approach to the chicane on the previous lap.

The safety car stayed out to lap nine, and on the restart Koide was able to comfortably hold onto the lead as Mitsui made a mistake which cost him his chance of challenge for victory. Iwasawa meanwhile conceded third on the final lap after being overtaken by Takumi Sato, who had started fifth.