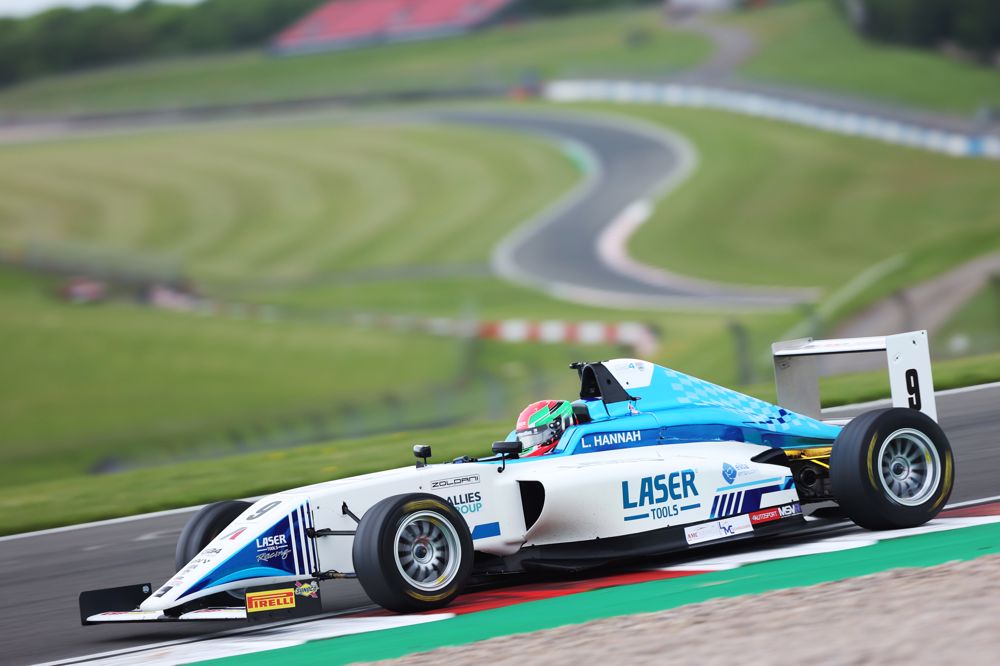 After taking the lead on the opening lap from fourth on the grid, Hannah controlled the remainder of the 12-lap encounter to win by 0.991 seconds from Elite Motorsport’s Jack Sherwood.

Rossoverde’s Christian Lester stalled from pole when the lights went out, as did Valour Racing’s Danny Harrison from fifth.

Chloe Grant led into Redgate ahead of team-mate Hannah, who moved ahead of Fortec Motorsports Jessica Edgar. Hannah then swept past Grant through the Craner Curves into the lead and pulled out a 2s gap.

Kevin Mills Racing’s Jarrod Waberski snatched third from Edgar into Melbourne on the opening lap before mounting a challenge to Grant.

Tom Mills tried to pass his team-mate Waberski, but slipped back to fifth behind Sherwood.

Waberski eventually found a way by Grant into the final corner, with Sherwood soon following him through into third, and the pair then halved the deficit to Hannah.

The lead gap then grew back to 2s when Sherwood took Waberski into Coppice on the eighth lap, with Marzorati closing in on the pair in fourth.

Sherwood pulled away to finish second behind Hannah and over 1s clear of Waberski, who held off Marzorati to finish third. Mills was fifth ahead of points leader Nikolas Taylor, who climbed from 13th to sixth for Fortec.

Daryl DeLeon Taylor was ninth for Valour Racing ahead of Edgar and Grant.