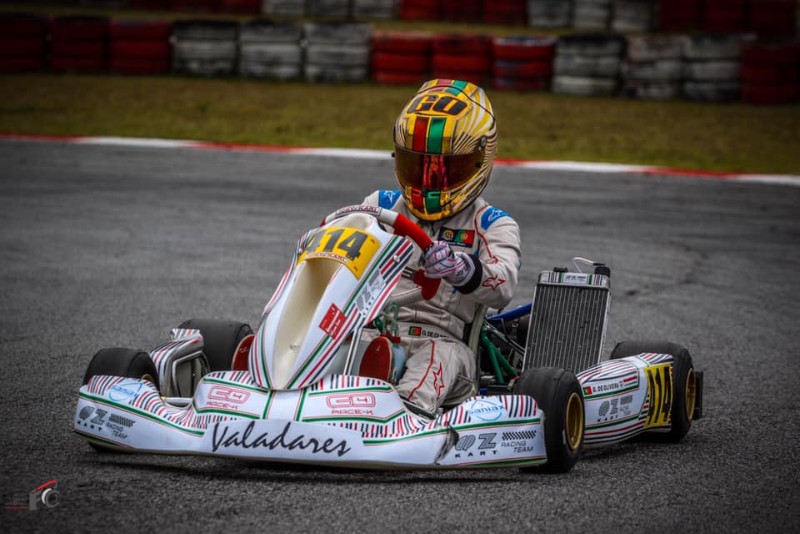 Portugal has become the second nation to declare a driver for the Formula 4 segment of the inaugural Motorsport Games this November, picking karter Guilherme de Oliveira.

The 14-year-old has won national karting titles in Portugal, a tally which he plans to add to this year, and is also competing in Rotax karts in the Benelux and Spanish championships and Euro Trophy, where he is currently 18th in the Senior standings.

He’s already started testing in cars, recently trialling one of Bhaitech’s Italian F4 chassis at the Adria circuit in Italy under the eye of McLaren factory driver, Superleague Formula and GP2 race-winner Alvaro Parente – one of the most successful Portuguese drivers in single-seaters this century.

Ahead of the Motorsport Games, which utilises hybrid cars designed by Hong Kong company KCMG and ran by leading FIA Formula 3 Championship team Hitech GP for its F4 contest, de Oliveira plans to complete more tests in single-seaters and prepare for a likely full-time move to the category in 2020.

Three Formula 1 drivers have heralded from Portugal, with Tiago Monteiro being the most prevalent after finishing on the podium in the six-car 2005 United States Grand Prix. The country’s representation in international single-seaters in the years since has rested with A1GP race-winner Filipe Albuquerque, Henrique Chaves, Formula E star Antonio Felix da Costa and his older brother Duarte.