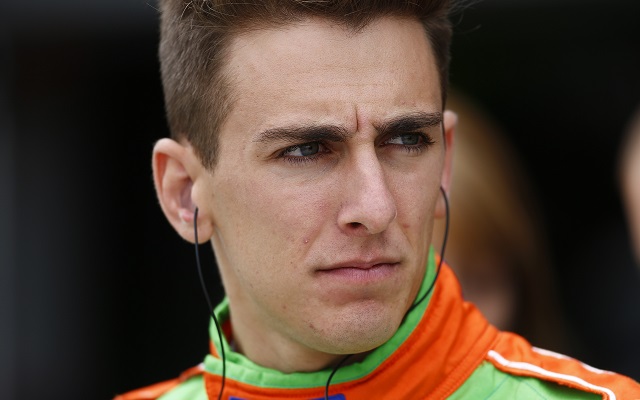 Manor MP’s Andrea Pizzitola secured his second pole position of the Eurocup Formula Renault season for race one of the fifth round at the Hungaroring.

The qualifying took place on a drying track, which allowed the Group B drivers to lap considerably faster than their Group A rivals and resulted in Pizzitola snatching pole position.

On the front row, the Frenchman will be joined by Fortec’s guest driver Charles Leclerc, who impressively edged out championship leader Nyck de Vries in Group A by 0.044s. The third spot on the grid went to Hans Villemi with de Vries settling for P4.

Swede Gustav Malja took fifth on the grid and will be followed by Nick Cassidy, who challenged Leclerc and de Vries during the Group A session but ended up a few tents adrift.

Ignazio D’Agosto and Alex Albon will start seventh and eighth respectively, with Dennis Olsen, who lies second in the standings, lining up in only ninth.