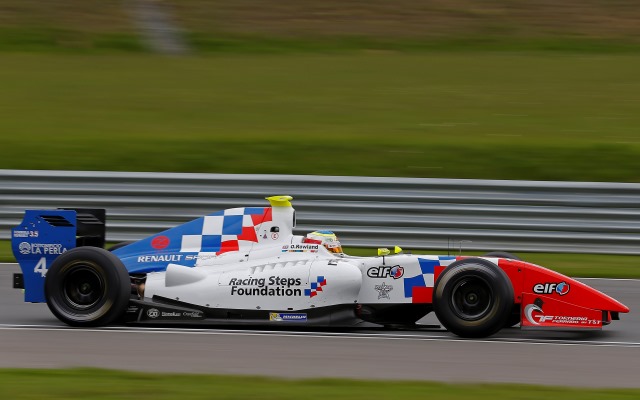 Oliver Rowland claimed his second pole position in Formula Renault 3.5 after coming out on top in the first qualifying session at the Hungaroring, as points leader Carlos Sainz found himself marooned down in 14th by a late red flag.

Rowland went a second clear of the field in the closing stages, and that lap was good enough to keep him on top even as others improved, until an early end to the session triggered when Marco Sorensen went off.

Rowland’s long-time rival Pierre Gasly got nearest to him, closing to within 0.153 seconds of the Briton. Four Frenchmen will fill the top six places on the grid, with Norman Nato and Matthieu Vaxiviere sharing row two, and series debutant Esteban Ocon claiming sixth alongside Will Stevens.

Sainz got himself up into third place inside the last few minutes, but with most drivers improving on every lap, he was shuffled down to 14th by the time the red flag came out. He had set a personal best sector on his last lap, but would be unable to complete it.

Sergey Sirotkin triggered another red flag early on, and will have to start from 23rd and last.