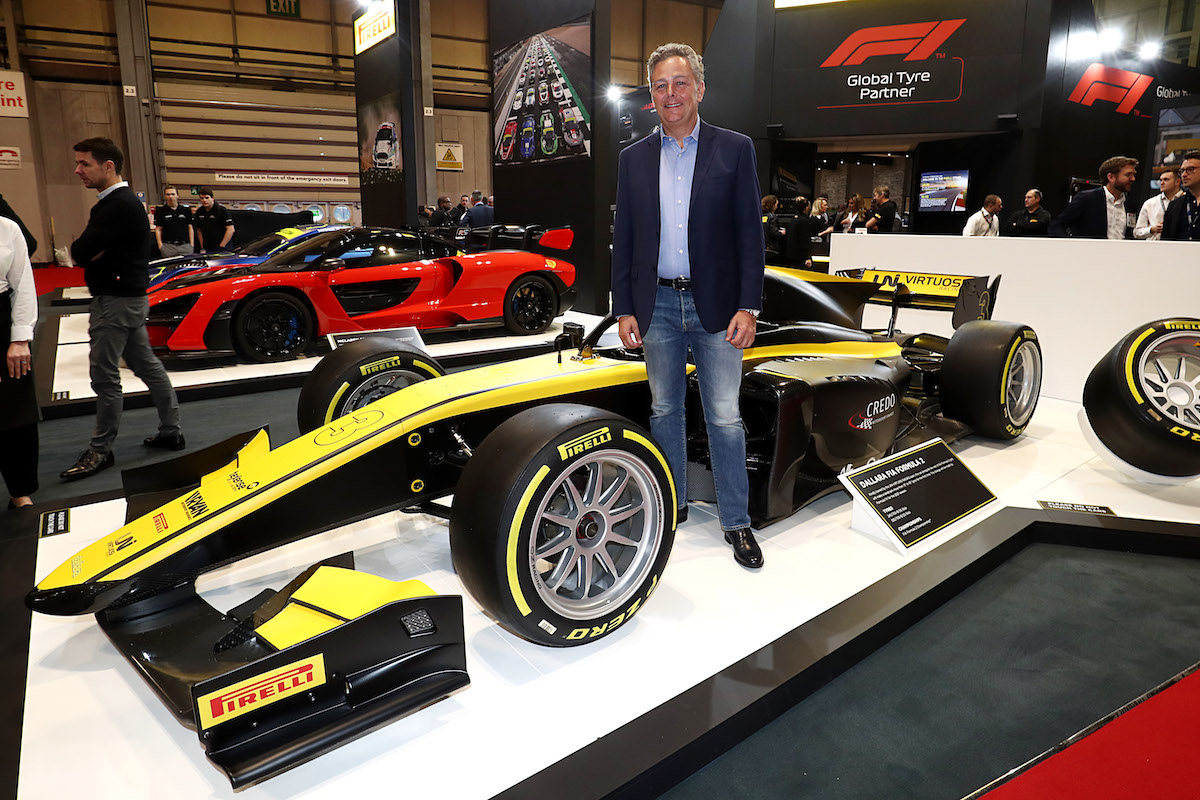 Pirelli has unveiled its definitive 18-inch tyres that will be raced in Formula 2 in 2020.

The Italian company’s head of car racing Mario Isola unveiled the new-look tyres on a 2020-specification F2 car supplied by Virtuosi Racing on Thursday at the Autosport International show in Birmingham.

F2 is adopting the larger size of rims, increased from 13 inches, one year before Formula 1 does so. As with their predecessors, the F2 tyres have been developed specifically for the junior series, after what Isola described as an ‘intensive’ testing programme.

“The biggest issue was the time available,” Isola said.

“It’s important that we start one year before F1- in order to give the drivers an opportunity to drive a car that is a lot more similar to the F1 of the future. So we planned with the promoter to have more or less one test session per month, or even more, because we had 10 sessions up to December.”

With the tyres being larger in diameter but with a smaller sidewall, modifications to the suspension will be introduced for 2020, but Isola said minimising costs had been an important consideration .

“Together with the promoter we decided to keep the changes on the car to a minimum to avoid additional cost for the teams,” he said.

“Obviously we have new rims, new tyres, but the brakes are the same.

“We had to understand if we needed to have power steering or not, but luckily with a few modifications on the suspension it was possible to have a new size of tyre without needing power steering.”

As first reported by Formula Scout, F2 teams and drivers will have just one test in Bahrain at the start of March to gather data on the new wheels and tyres prior to the opening races at the same circuit later that month, with a second test to follow at Barcelona in April.