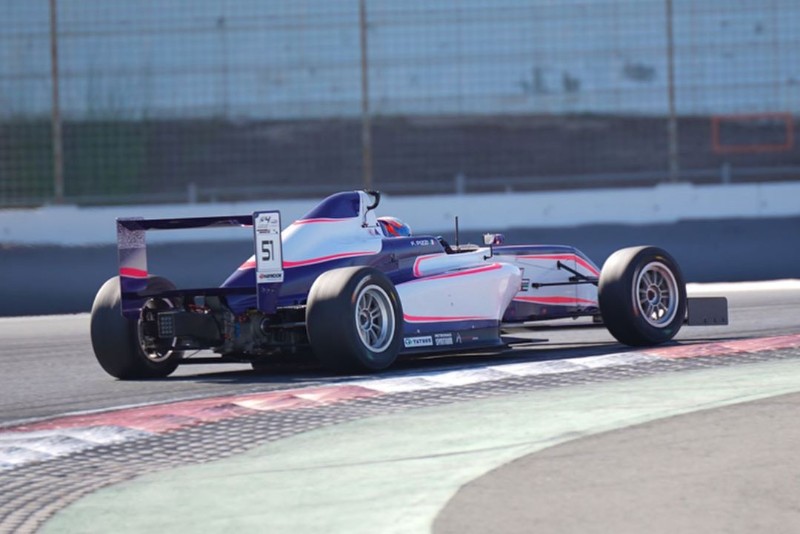 Xcel Motorsport will field six of the 13 cars entered for the 2020 Formula 4 United Arab Emirates season opener at Dubai Autodrome this weekend.

Italian Formula 4 regular Nicola Marinangeli is the most experienced driver in Xcel’s line-up, which is otherwise filled with karting graduates.

World junior karting champion and Sauber junior Dexter Patterson is the most profile of these, and is joined by Mehrbod Shameli, Francesco Pizzi, Lorenzo Fluxa and Zdenek Chovanec.

Pizzi has tested with the Ferrari Driver Academy and Jenzer Motorsport in F4 machinery, while the latter two have already committed to full-time graduations to F4.

Anglo-Spaniard Fluxa will race in Spanish F4 later in the year with Global Racing Service, and Chovanec will join Bhaitech in Italian F4.

Both Erick Zuniga, who has karted with Sergio Perez’s backing in Mexico, and Erwin Zanotti will race at Dubai and the first trip to Yas Marina Circuit on January 17/18. They will both also drive for the team in Italian F4 this year.

Saudi Arabian trailblazer Reema Juffali is the sole confirmed entrant for Dragon Racing, and will be one of two female drivers on the grid as Abu Dhabi Racing brings Hamda Al Qubaisi.