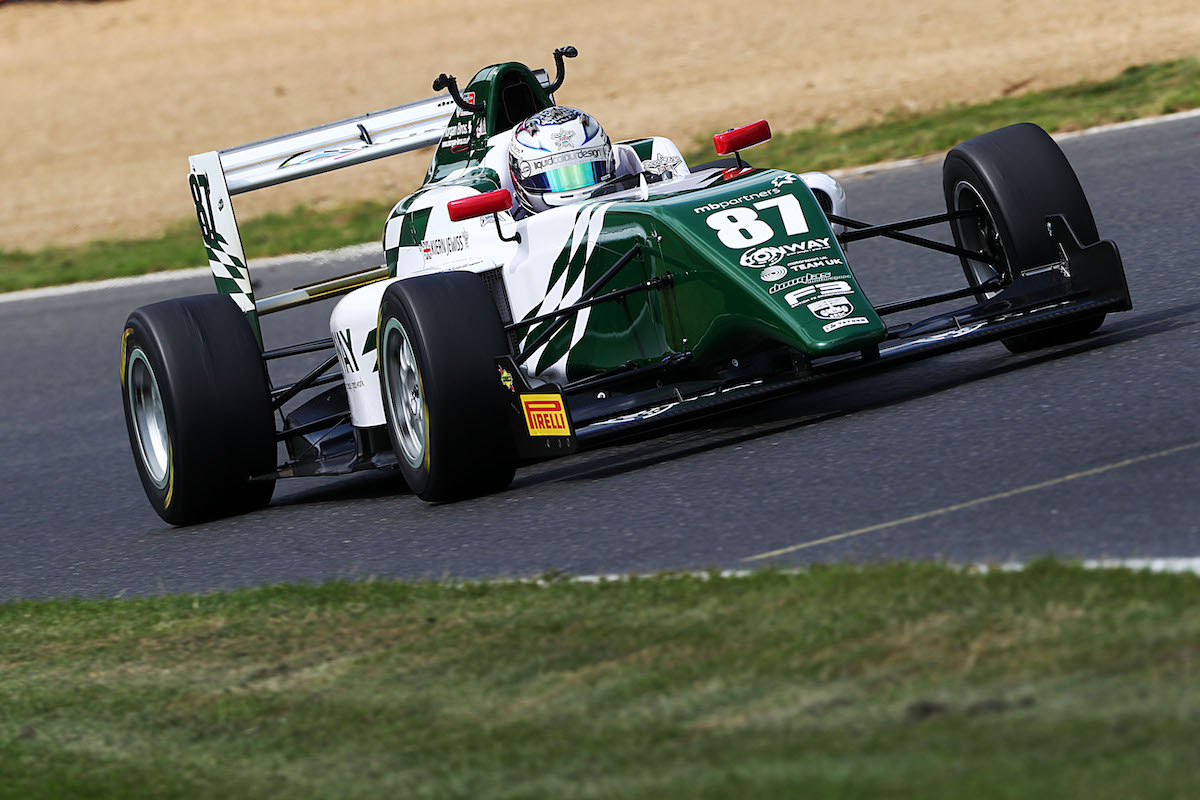 Kiern Jewiss will spend a second season in BRDC British Formula 3 with Douglas Motorsport in 2020.

British Formula 4 champion Jewiss won once at Brands Hatch on the way to fourth in the 2019 standings with Douglas, which also ran the car racing rookie to one win and fourth in the standings two years prior in Ginetta Junior.

Jewiss was expected to be a British F3 title contender as a rookie after winning six British F4 races and the title with Double R Racing in 2018, his first year in single-seaters.

He and the team struggled through the first half of the season, and Jewiss ended up finishing behind two of his F4 rivals, but remained in title contention until the final round after a strong end to the year.

?I am really excited about taking on the BRDC British F3 Championship once more alongside Douglas Motorsport,” said Jewiss.

“Thanks to a lot of their help and support, I learnt so much about the championship last year and I?m convinced we can use that to good effect in 2020.

“I have a great relationship with the whole team and together we got the car into a great place towards the latter part of last season.

“The challenge this time round is to pick up where we left off and start the season strong.

“As always in BRDC British F3, the competition is going to be incredibly tough, and there’s a few new changes to the car, but I’m as motivated as ever to have the best year possible.”

For 2020, the championship will undergo an overhaul that includes upgraded bodywork and safety improvements, as well as new engines provided by Mountune Racing.

Douglas team boss Wayne Douglas added: “Ever since we first ran him in Ginetta Junior, it’s been clear the immense talent Kiern possesses and he showcased it again last year.

“In particular, the way he ended the season was hugely impressive and bodes well for 2020.”

Jewiss continues to be managed by Mark Blundell’s MB Partners concern, and the ex-Formula 1 racer believes his driver’s growing maturity could help him to shine this season.

?Kiern and Douglas Motorsport have already proven themselves as a winning combination and I?m in no doubt that this can prove to be the case once more in 2020,” he said.

“In every season so far in cars, Kiern has always been one of the youngest drivers on the grid whereas this year will be a little different.

“Kiern is as naturally talented as they come but I think he matured a lot as a driver last year and I?m hoping we will see the results of that this coming season.?