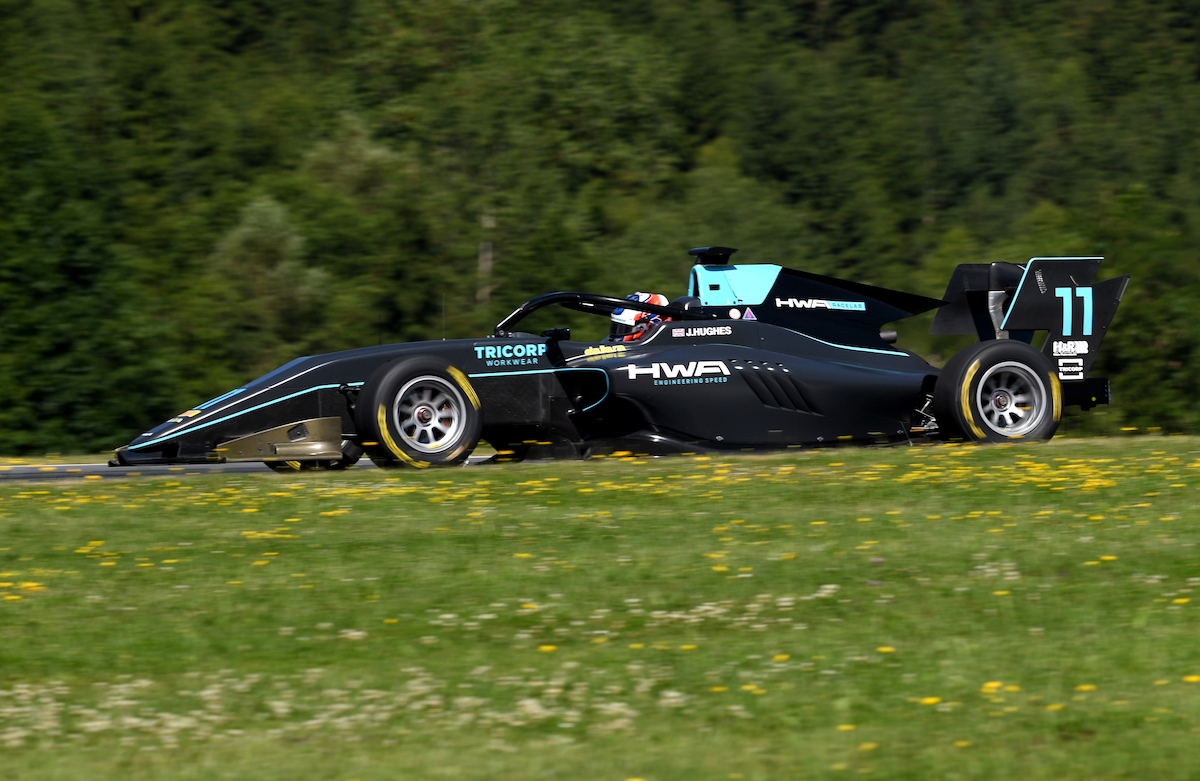 Enzo Fittipaldi and Jack Doohan will join Jake Hughes at the HWA team in FIA Formula 3 this season.

Hughes will return for a fifth season at F3/GP3 level after helping HWA to be a competitive force in its first season entering F3 as a team in 2019.

The 25-year-old claimed pole position for the second round at Paul Ricard, inherited a reversed-grid win in Austria when Prema drivers Robert Shwartzman and Marcus Armstrong collided, and took a double podium at the Hungaroring on his way to seventh in the standings.

“I want to use my wealth of experience to help the team this season,” said Hughes. “I am sure we will find it easier in our second year.

“Throughout my career, I have always developed. I still see sufficient potential for that in Formula 3. The goal is clear: To take my career and the team to the next level.?

Part of the Ferrari Driver Academy, Fittipaldi finished second in the Formula Regional European Championship with Prema in 2019 after winning the Italian Formula 4 title with the team the previous year.

He stepped up to FIA F3 for the Macau Grand Prix with Charouz at finished 16th, and drove with Prema in the post-season test in Valencia, but missed out on a seat at the Italian squad with Formula Renault Eurocup champion Oscar Piastri expected to join Logan Sargeant and Frederik Vesti in the line-up.

“I am also really excited to join this new adventure with HWA Racelab. Thanks also to the Ferrari Driver Academy and my sponsors for their continued support.?

Doohan took part in the same test for the Hitech GP team, where Max Fewtrell and Dennis Hauger are expected to get two of the seats.

The son of five-time MotoGP champion Mick Doohan took second in Asian F3 with Hitech last year behind team-mate Ukyo Sasahara, and made a winning start to the 2019-20 campaign with Pinnacle Motorsport at Sepang in December.

“I am pleased to be part of the HWA Racelab team in the 2020 FIA Formula 3 Championship and can hardly wait for the start of the season,” Doohan said.

“HWA is known for its competitiveness and I am confident that will be the case again this year. The last two years of racing have given me a good basis. I now hope I can challenge for the title with a top team like HWA Racelab.”

Hughes scored all but 10 of the 100 points HWA scored in its first season of F3, and team boss Ulrich Fritz hopes that Fittipaldi and Doohan will join him in achieving strong results.

“After our promising first season last year, we are now looking to use the experience gained to improve again and consistently have more than one driver challenging for the podium this season,” Fritz said.

“I am delighted that we have managed to secure the services of Jack and Enzo. However, we did not opt for them because of their famous names, but because of their immense talent, which they have both demonstrated emphatically in recent years. The FIA Formula 3 Championship is the next level for them both.

“In Jake, they have the right teacher at their side, from whom they can learn an awful lot.”

The signings mean there is no room in the line-up for Sophia Floersch, who has been linked to HWA for some time and stepped up to FIA F3 with the team for her Macau Grand Prix comeback in November.