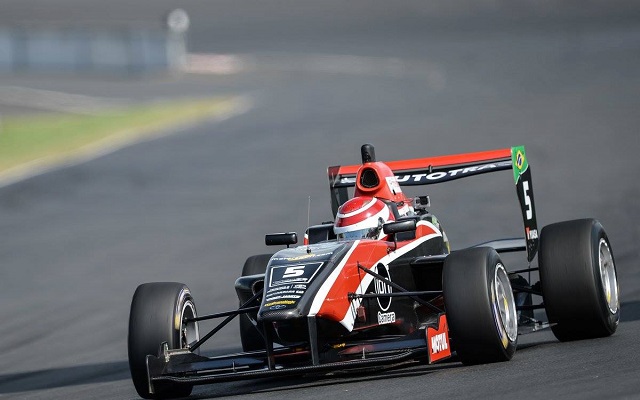 The two-time Brazilian F3 champion had a storming start to the race, building a lead of two seconds during?the first couple of laps.

His victory was never in danger afterwards but a?red flag period, caused?by Julian Hanses,?nullified his lead.

Piquet mastered the restart to win by 1.7s, even though the race did not finish under green flag thanks to a three-car incident.

Guan Yu Zhou managed to jump into second from fourth on the restart but he was back in his original position a lap later, allowing James Munro and Jehan Daruvala to complete the podium.

Lando Norris, being forced to start from eighth following a six-place grid penalty for hitting Munro in race two, was up to fifth with a great start.

He lost out to Artem Markelov on lap two and failed to fight back, having to settle for sixth behind the Russian.

Kami Laliberte finish seventh after a late move on Ferdinand Habsburg, while Kiwi?duo Taylor Cockerton and Brendon Leitch rounded out the top 10.