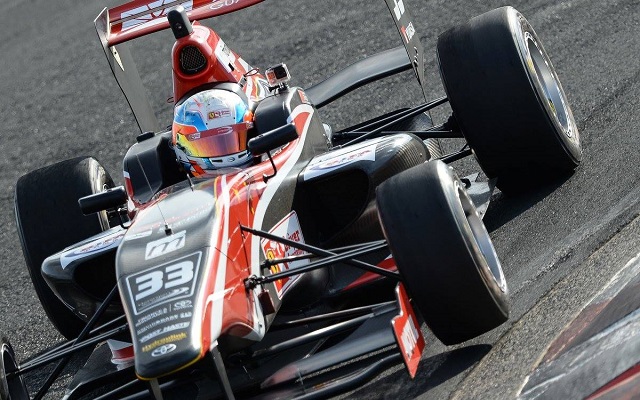 The 16-year-old Chinese driver started second but was into the lead at the end of the opening lap, having overtaken reverse-grid pole sitter Antoni Ptak.

He never gave up the lead afterwards, even though it was twice interrupted by a red flag.

First, Nicolas Dapero initiated the stoppage then, shortly after the restart, the trio of Lando Norris, Artem Markelov and James Munro all hit trouble and the Russian’s car was needed to be recovered.

The second half of the race saw no further drama with Zhou cruising to the finish, leading Brendon Leitch by less than a second.

Pedro Piquet forced his way up from sixth to claim his second podium of the weekend, followed by Jehan Daruvala and Ferdinand Habsburg.

Ptak had to settle for sixth, having lost positions on?both restarts, with Kami Laliberte and?Bruno Baptista?securing seventh and eighth.

The top ten was completed ETEC’s Taylor Cockerton and Giles driver Will Owen.