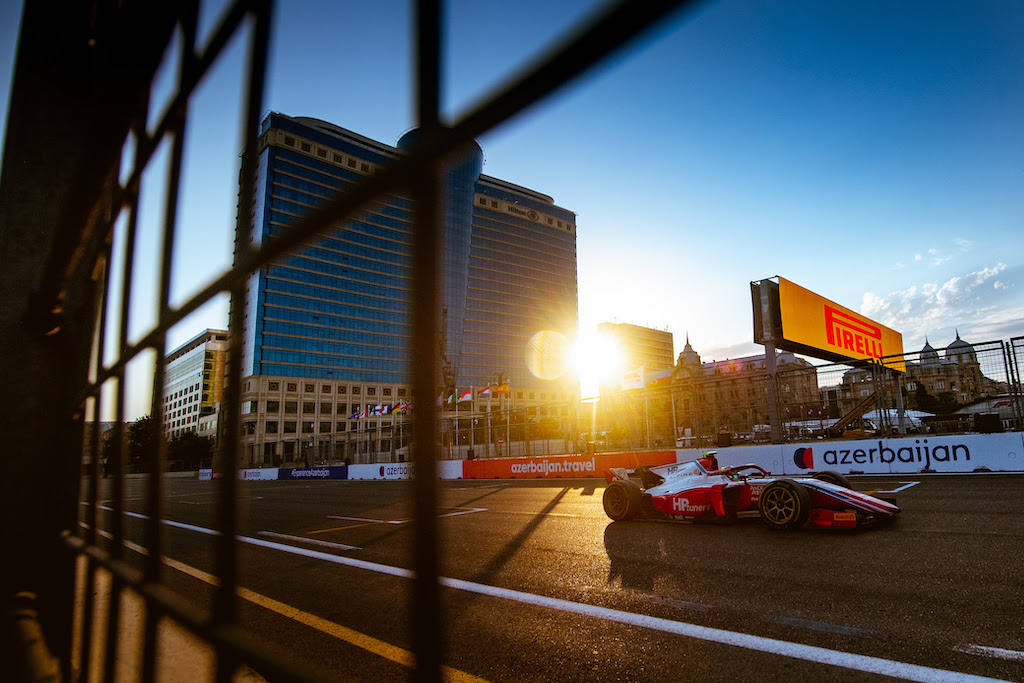 Oscar Piastri finished second in Formula 2’s Baku feature race despite a five-second penalty for an unsafe pit release he has held his hands up for.

The Australian was Juri Vips’ main challenger in the second stint of the race, but his victory hopes were dashed during his pitstop as the Prema driver exited into the path of Virtuosi Racing’s Felipe Drugovich and earned himself a penalty.

Piastri ended up finishing 1.152 seconds behind Hitech GP’s Vips on the road, and was comfortably still in second once the penalty was applied post-race. He explained the penalty-earning moment in the post-race press conference.

“It was just my mistake on the pit exit, I was a bit too keen to get away, and thankfully there wasn’t a safety car to make that penalty an actual penalty,” he said.

“The team decides when I leave, but I was just too excited to get out of the pit box and I went whilst the light was still red.

“Normally the only reason why the light wouldn’t turn green is if a wheel was still getting put on, but all the wheels were on and I was already on the ground. Just a mistake on my part and thankfully it wasn’t worse.”

Vips said his race changed “a little bit after I heard that Piastri had a penalty”, indicating his winning margin would have been greater had his rival’s misdemeanour not occurred.

“I took it a little bit easier, but at one point when I saw I was getting a little too relaxed and I always had like six or seven-tenths margin, you know. So I just pulled a gap [when necessary]. It was fine,” Vips said.

Like Piastri he did have a dramatic moment though, with lapping HWA Racelab’s Alessio Deledda a notable inconvenience.

“Acually I had two moments: one into the castle [corners] chasing one of the backmarkers, I nearly put it into the wall there, and had a bit of a moment into turn 1 as well. But otherwise it was just perfect.”