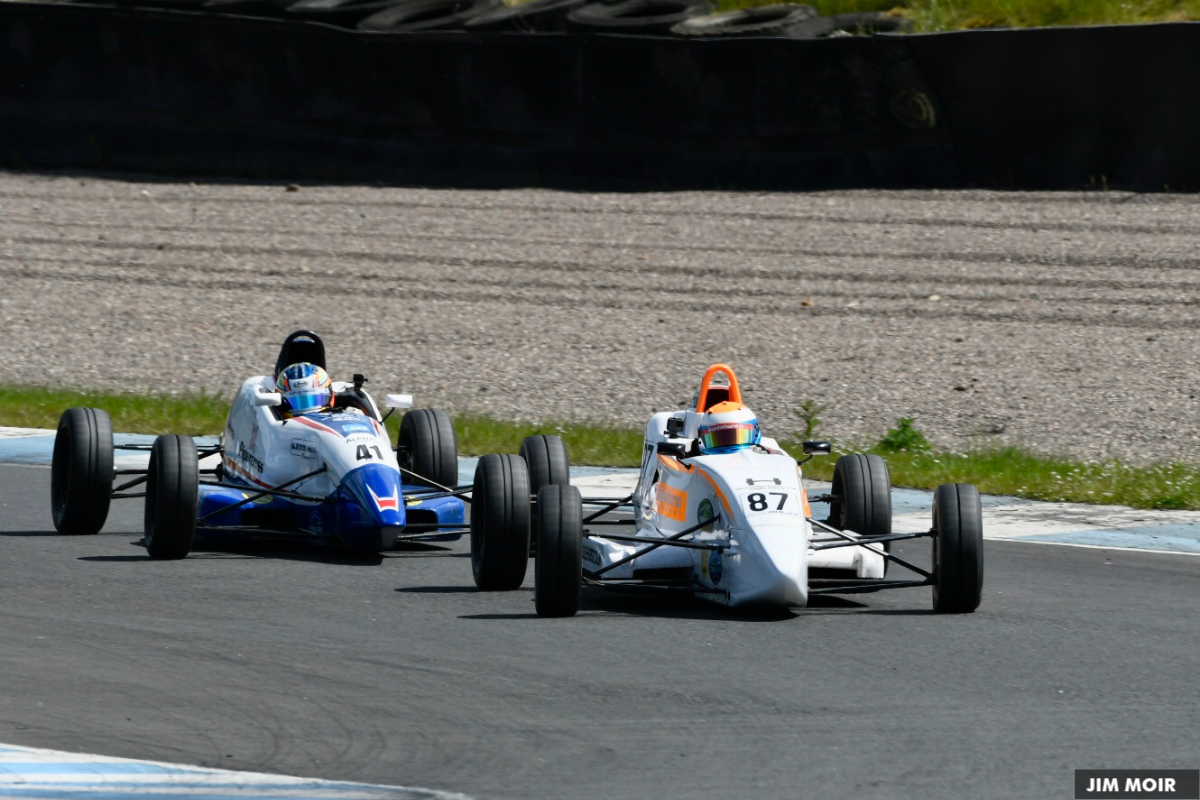 Middlehurst got the better of polesitter Walker at the start and never looked back, ultimately coming home nearly two seconds clear of the National FF1600 points leader at the finish.

Max Esterton completed the podium in third for the second successive race for Low Dempsey Racing.

Much like the opening encounter, Walker suffered a poor start and dropped behind Middlehurst on the run into Duffus Dip for the first time but, unlike race one, was unable to find a way past over the course of the 26-lap race.

Indeed, the top three maintained grid position for the duration, but the lead scrap was as typically close, with the leading trio separated by just three-tenths of a second heading into the closing laps.

As Middlehurst and Walker did battle out front, Kevin Mills Racing’s Thomas Mills made strong progress from eighth – having received a 10-second penalty after race one for overdefensive driving – to sixth, passing Scottish winner Jordan Gronkowski.

That became fifth after Jordan Dempsey was forced out of the race on the fifth lap, while Colin Queen also dropped out of contention on the same lap.

That brought out the safety car, which bunched the pack up once more. But that didn’t seem to affect Middlehurst who maintained his advantage upon the restart, despite Walker being closer than ever.

Middlehurst then seemed to find an extra gear as he extended his margin approaching the penultimate lap.

Before then, Walker had closed to within a tenth of a second, with Esterton just a quarter of a second further back in third, but Middlehurst kept his advantage before gapping Walker significantly on the final lap.

Walker in turn had to defend from Esterton at the line. Mills finished fourth ahead of Jamie Sharp, who had dropped as low as ninth in the middle of the race, and Carter Williams.

Romanek was the star of the race, having started a lowly 19th after his race one retirement, finishing an incredible seventh, ahead of Morgan Quinn.

Gronkowski again took the Scottish victory but was a somewhat subdued ninth overall, while Michael Gray took his Graham Brunton Racing ray to second in class and 10th overall.

Neil Broome completed the Scottish podium with a 14th place finish, with Andrew Elliott, Lucy Grant and Glen Alcock ensuring that every Scottish runner made the finish.