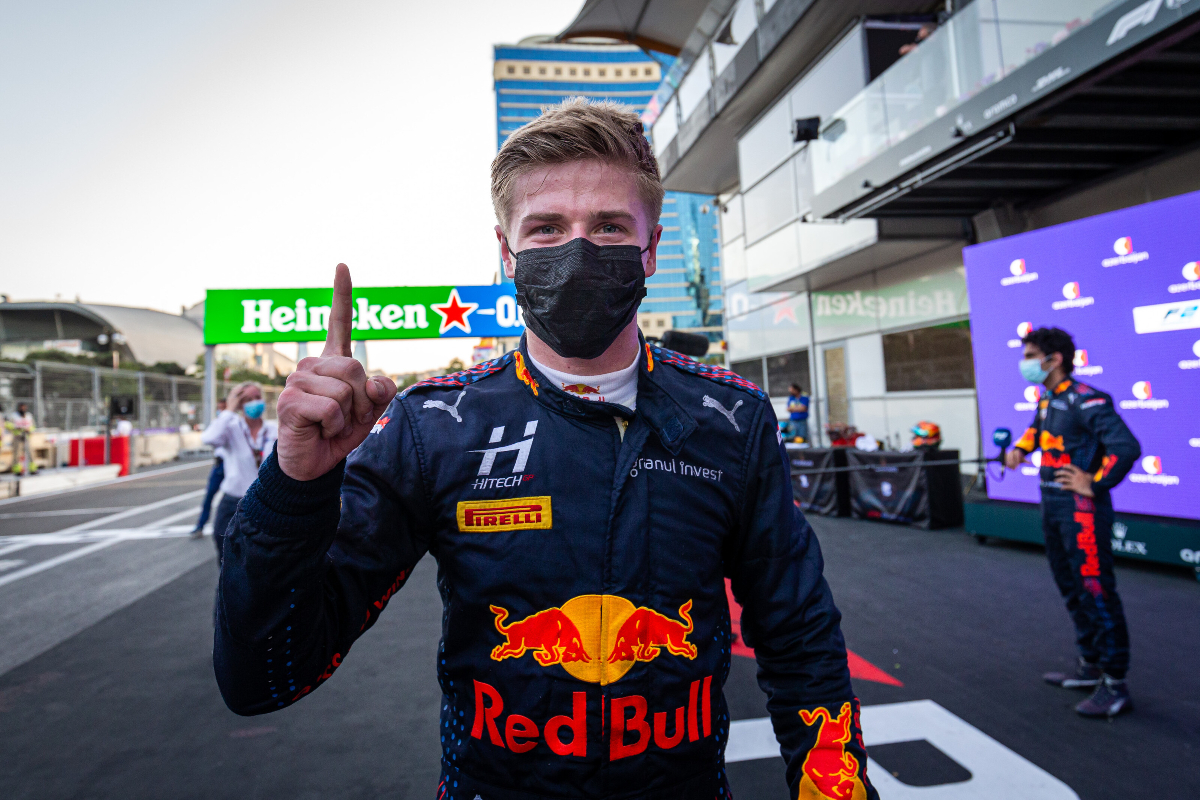 Hitech GP’s Juri Vips says it’s “crazy to think that” he’s already towards the top of the Formula 2 standings after starting the season with zero points.

The Red Bull junior claimed his second win in two days by taking victory from second on the grid in the Baku feature race on Sunday, having won the 100th race of the modern F2-branded era of the Formula 1 support series on Saturday.

He bettered poleman and team-mate Liam Lawson off the line from second on the grid to lead, then held off Prema’s Oscar Piastri for the feature race win. The weekend had started for Vips by topping free practice by 0.766 seconds.

“For sure it’s been a great weekend,” Vips said.

“I’m a perfectionist and I wouldn’t say it was perfect because we were second in qualifying and I think I made some mistakes is race one, but honestly it was a massive, massive step forward.

“I think the pace has been good all year, and it was the same here, it’s just in the first two rounds we haven’t really capitalised on the opportunities we had. And haven’t really maximised the points.

“But this weekend we really did it and I hope it’s a good momentum I can carry into the next rounds.”

After two successive street circuit events, the next F2 round is at Silverstone in July and then there is a two-month break after that before the second half of the season begins at Monza.

Despite failing to score in the first three races, Vips is already up to fourth in the standings and he is the only driver to finish in the top 13 of every race.

“It’s quite crazy to think that, because we, I think in Bahrain we could have been very, very high up in the championship if it was a normal weekend for us. But everything just went wrong and we scored zero. So to be fourth in the championship this early on, we really didn’t expect.”