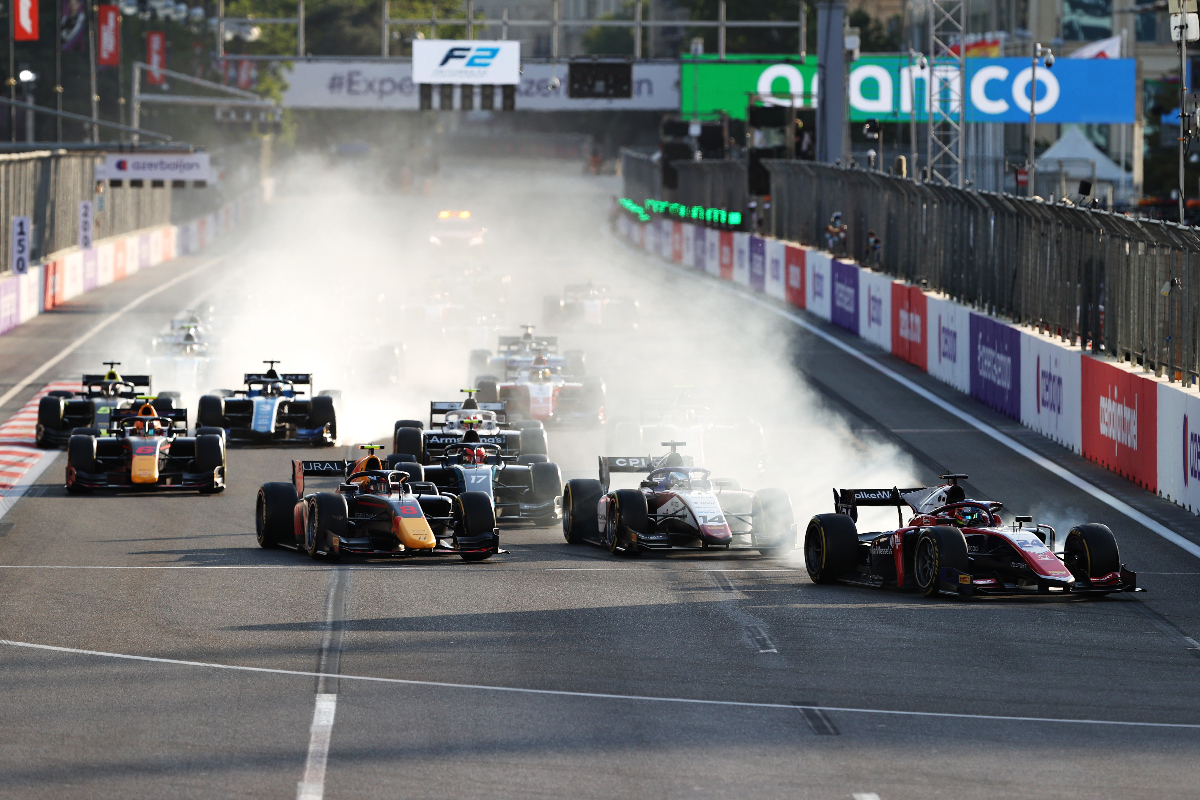 The Baku bonanza is the theme of this week’s podcast, as Craig Woollard and Bethonie Waring digest an eventful set of races in Azerbaijan.

Hitech GP’s Juri Vips was the star of the weekend by taking his first and second victories at this level, but not everything went his way. He had team-mate Liam Lawson keeping him honest in qualifying, but things unravelled in the weekend quickly for the New Zealander.

Prema’s Robert Shwartzman returned to the top step of the podium for a win he feels he needed to be able to kickstart his own title challenge in a somewhat tame opener, before things ramped up on Saturday evening.

In typical F2 fashion, crashes, safety cars and a mechanical failure or two was the story of a race that summed up the current era of F2 nicely on its milestone race. What turned into a challenging weekend for championship leader Guanyu Zhou was defined by a throttle jam that spun Dan Ticktum around. Out front, Vips took a commanding victory, surviving restarts and overhauling Bent Viscaal and David Beckmann to secure his maiden win.

Ticktum’s pace was mighty throughout the weekend, but a crash with Theo Pourchaire and Marcus Armstrong dented his chances of victory in the feature. It gave Pourchaire an injury that he hopes to recover from before the next round in Silverstone, while it was Vips left out in front to resist pressure from the Prema duo of Oscar Piastri and Shwartzman.

The curious tale of Vips’ darting from the podium is discussed, as is Ticktum’s eventful weekend. The narrative (or lack of) that the season is starting to shape into is also explored.

On top of that, Italian Formula 4 was in action at Misano, where history was made on the podium.