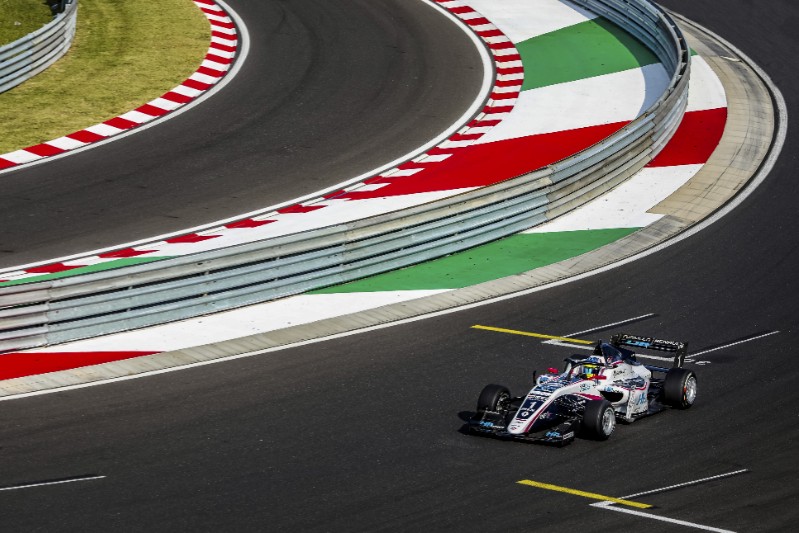 Oscar Piastri followed his race one non-start with a comfortable victory in the second Formula Renault Eurocup race at the Hungaroring.

The championship leader led from lights-to-flag and was unchallenged throughout most of the race.

His R-ace GP team-mate Alexander Smolyar was able to pull alongside on the opening lap, but couldn?t make a move stick and fell back behind the poleman before the safety car was brought out to clear Frank Bird?s stranded car.

On the restart, Piastri stormed away from Smolyar, who was left to defend against MP Motorsport’s race one winner Victor Martins.

Piastri continued to extend his advantage before another safety car at the halfway mark put Smolyar on his tail again. Smolyar still couldn?t stay with Piastri when the track turned green with 10 minutes left on the clock, and Piastri took the chequered flag 2.833s ahead.

The incident that wiped Frank Bird out of the race significantly mixed up the mid-field. Leonardo Lorandi had tried to squeeze up the inside of Amaury Cordeel at the first corner and collided with the MP Motorsport driver. Cordeel span into the path of Arden driver Bird, damaging the rear of his car.

Both Cordel and JD Motorsport’s Lorandi, as well as innocent victim Brad Benavides, made it back to the pits.

The chaos meant JD’s Joao Vieira and M2’s Patrick Schott, who had started 19th and 20th, were now fighting for points. Vieira held on to eighth, but Schott ran into trouble.

He was running in 10th when Global Racing Service’s Xavier Lloveras dived up the inside of the second corner. The resultant collision put Lloveras out of the race, left Schott 15th and caused the second safety car period.

Arden’s Alex Quinn qualified fourth but technical problems meant he started the race on lap five. He then failed to finish.