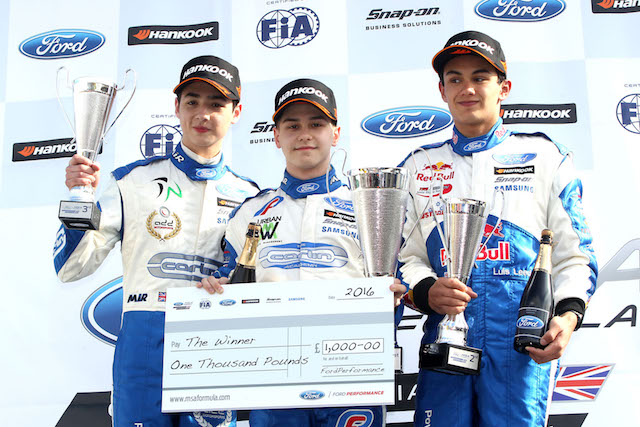 Petru Florescu?scored his second win of the MSA Formula opener at Brands Hatch with a lights-to-flag triumph in race three.

Starting on pole, the Romanian Carlin driver was challenged off the line by fellow front-row starter?Luis Leeds, but the Red Bull Junior was unable to find a way past on the outside line at Paddock Hill Bend.

Florescu was able to open up a lead of 1.4 seconds during the middle of the 26-lap race around the short Indy layout, even though Leeds then cut the gap again to 0.387s by the chequered flag.

Rafa Martins?fended off top rookie and Racing Steps Foundation newcomer?Alex Quinn?for fourth place.?Race two winner?Sennan Fielding took the flag in sixth but was penalised for a jump start, dropping him to 14th.