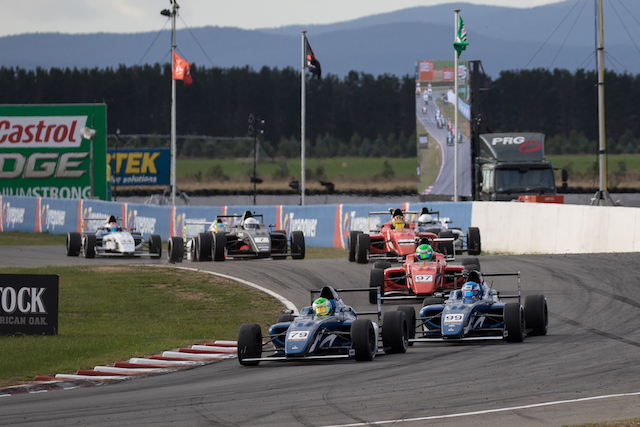 Love, who contested the first four events of the 2015 season before switching his focus to a title-winning AsiaCup Series campaign, won the second and third races at the Tasmanian circuit after BRM team-mate?Brenton Grove?took a debut win?after a switch?from Porsches.

Brown, who finished third in the 2015 standings, initially led?the first race from pole but he and Love were taken out at the Turn 4 hairpin by a locked up?Nick Rowe, who cited throttle problems. Love was forced into the gravel and retirement while Brown was spun down to sixth, though able to re-catch the pack under the safety car.

Fourth-place starter Grove led Rowe at the restart, but Brown had fought his way through to second within a couple of laps. Grove kept him at bay for the remainder, however. Karting graduate?Josh Denton was right on Brown’s tail in third at the flag.

Love’s race two win came from P8 out of nine on the grid. Denton made a fine start from third to lead before contact with pole-sitter Grove sent both into the gravel. Brown inherited the lead, but an off-track moment at the final corner relegated him to fourth.

Rowe then?took his turn out front, before Love got past. Brown took third with a move on Jack Smith, who came from last on the grid.

In race three, Love made a good start to take the lead from Brown, staying out front for the remainder of the race to sit just one point behind Brown in the round classification despite his earlier non-finish.

Rowe finished third ahead of Denton and Smith, with Grove down in eighth after killing his engine at the start.